After teaming up with UPS management to push a Yes vote, the Hoffa administration is now threatening to impose the contract even if a majority of UPSers Vote No. 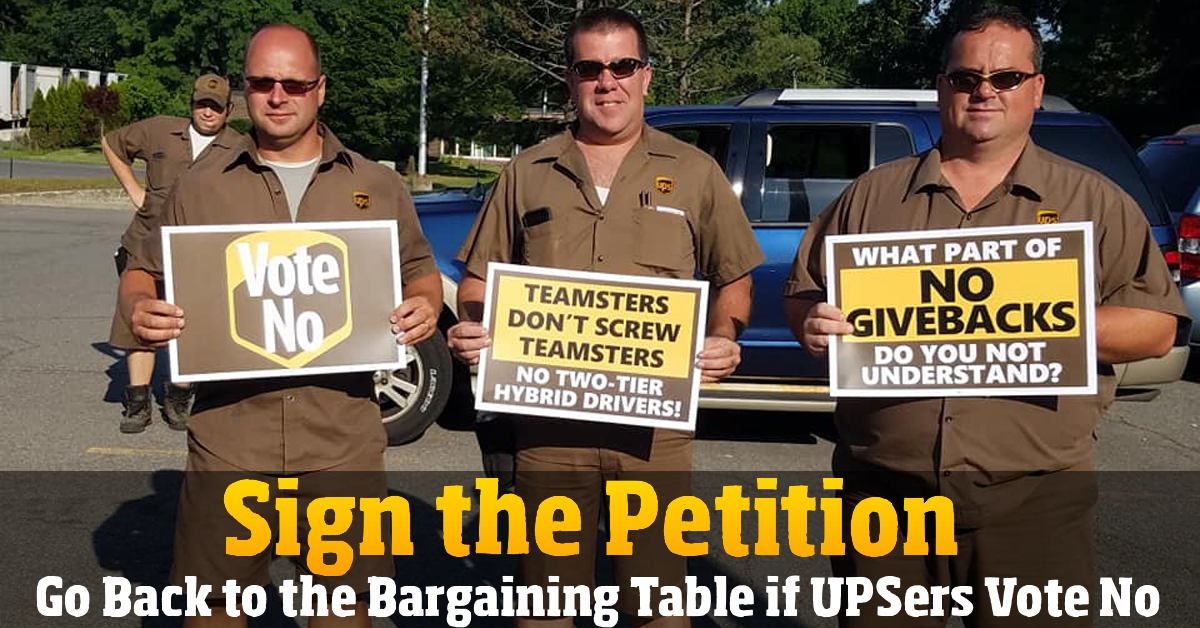 Hoffa’s Package Division Director Denis Taylor made this threat at a meeting of local union leaders at the UPS national grievance panel in San Diego on Wednesday.

If Hoffa and Taylor impose contract givebacks that have been rejected by a majority of the members, they will betray every UPSer and send every Teamster the message that their voice and their vote doesn’t count.

Professional union-busters and Right-to-Work (for less) propagandists will have a field day.

Taylor claims the Teamster Constitution requires this sellout. It does not.

Taylor cherry-picked a clause in the Constitution that allows negotiators to accept a contract if fewer than half of the members vote, unless the contract is rejected by a two-thirds vote. But that is only half of the story.

The same section of the Constitution says the Negotiating Committee can go back to the table to bargain “additional provisions as can be negotiated by it.” [Article XII, Section 2(d)]

Our negotiators can return to the bargaining table and win a better contract—and that’s what they need to do if the contract is rejected by the members.

We Can Win a Better Contract

Our union has leverage. UPS is making record profits and has every reason to avoid disruption and bad PR during peak. The economy is strong and there is a nationwide shortage of truck drivers.

Just this week, Amazon raised its minimum wage to $15 an hour, putting pressure on UPS to raise part-time pay.

UPSers do not accept $13 starting pay and no catch-up raises for part-timers. They do not accept two-tier 22.4 drivers that will slash the pay and 9.5 rights of the next generation of drivers.

If the contract is rejected on Friday, the International Union needs to return to the table to address these and other issues that caused members to Vote No. 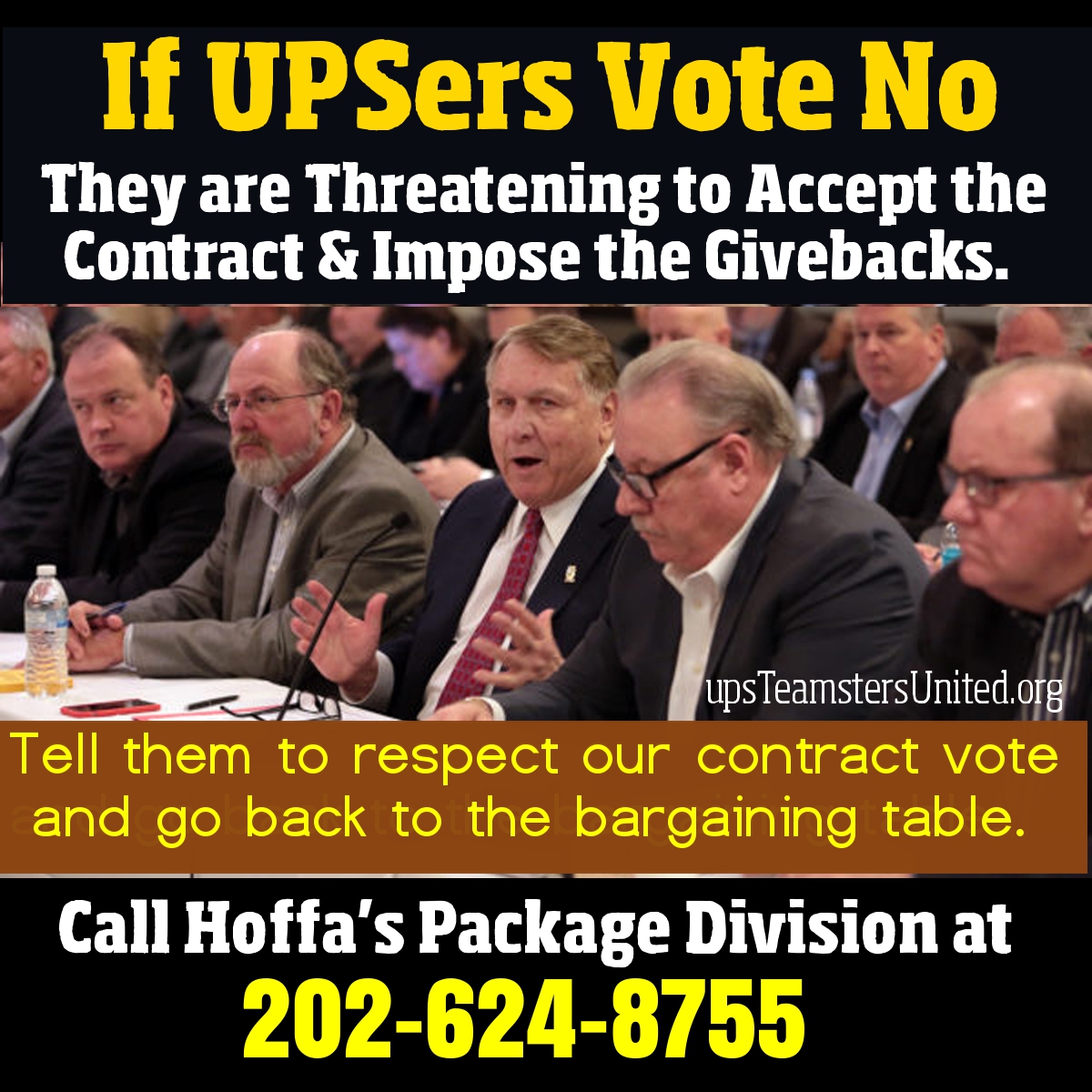