Amazon has fired a worker who led a protest demanding health and safety protections against COVID-19. UPS Teamsters are uniting to support the whistleblower and demand his reinstatement. 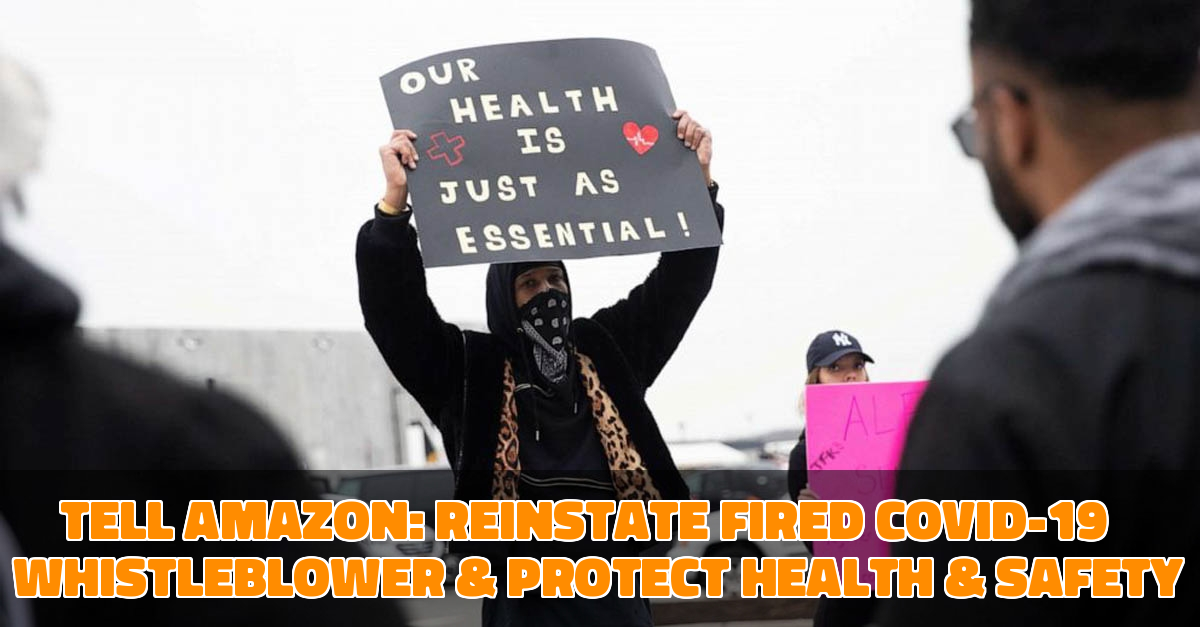 On Monday, Amazon workers in New York held a legal walkout to demand that the company provide sanitary working conditions and PPE and take other action to protect workers from COVID-19.

Amazon immediately fired Chris Smalls, the organizer of the walkout.

Working Teamsters have been raising these same concerns over health and safety at UPS and other employers. We stand in solidarity with workers at Amazon and demand COVID-19 protections for all workers.

Amazon’s sweatshop conditions and safety violations are a threat to workers and the public.

UPS Teamsters United is asking Teamsters and public supporters to stand with Chris Smalls and all Amazon workers.

It’s up to us to have their back—and stand up for health and safety for ourselves and all workers.