Five Ways UPSers Can Fight Back

From demanding the Teamsters go back to the bargaining table to voting Hoffa out of office, here are five ways that UPSers can fight back. 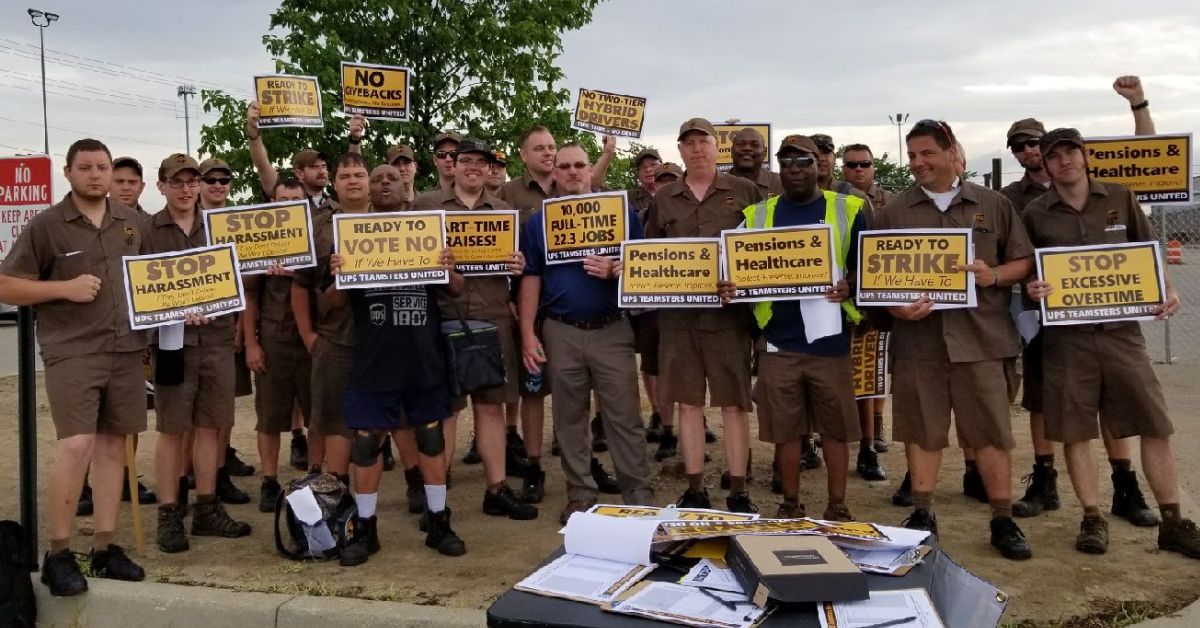 UPSers are furious, and rightly. We organized and Voted No to reject contract givebacks and Denis Taylor is threatening to impose them anyway by saying the contracts we rejected are “ratified.”

We need to focus our anger where it belongs—and put it to good use.

Hoffa and management want us to give up or turn on each other and blame the members who didn’t vote. But more members voted this time than last time—and a clear majority of us united against contract givebacks. We are on the rise.

Here are five ways UPSers can fight back.

UPSers need to demand that General President Hoffa respect the vote of the members, return to the bargaining table, and put an improved contract offer out to a vote.

Sign this petition. Call the International Union at 202-624-6800.  (Be respectful. The workers who answer the phone at the IBT are union members, too).

The two-thirds rule in any form needs to be eliminated from the Teamster Constitution. Members can make this happen at the next Teamster Convention. Vote No activists will make plans to win this and other reforms at the upcoming TDU Convention.

3. Take Back Our Locals

Too many UPSers are represented by Local Union leaders that side with Hoffa and the company. We need to take back our union.

Some UPSers are already leading the way. UPSers in Dallas Local 767 and New York Local 804 are running for union office right now to throw pro-Hoffa, pro-company officials out of office.

TDU has launched the Future Reform Officers initiative to help Teamsters run for office and build local unions that stand up to the employers.

4. Give Hoffa the Boot

When this contract is over, the job is to elect new International Union leadership.

The UPS contract betrayal proves beyond any doubt that Hoffa needs to go. UPS Teamsters cannot vote out Hoffa by ourselves. But we are by far the largest voting bloc.

UPSers are located in every city and town in North America.

We can form the backbone of a grassroots campaign that can drive Hoffa out of office and elect new leadership that will fight the company and not the members by teaming up with members from other industries through the Teamsters for a Democratic Union network.

5. Check Out Teamsters for a Democratic Union

TDU launched the UPS Teamsters United campaign to involve every interested UPSer in opposing givebacks and fighting for a good contract.

But winning real change takes more than a contract campaign. We need an ongoing national network.

TDU brings Teamster activists together from every industry to:

TDU’s national Convention is coming up, November 2-4 in Chicago. We’ll be planning next steps after the contract vote and holding educational workshops, too.

Find Out More About the TDU Convention

Take Action With Other UPSers