Fred Zuckerman announced on a national conference call on March 11 that Teamsters United has launched a petition drive to demand a fair UPS contract.

UPS contract negotiations will resume on Monday, March 19. While the company is at the table asking for givebacks, Teamsters United volunteers will be passing out contract information and collecting petition signatures in front of UPS worksites to show management that members are sticking together to demand a contract that addresses our issues. 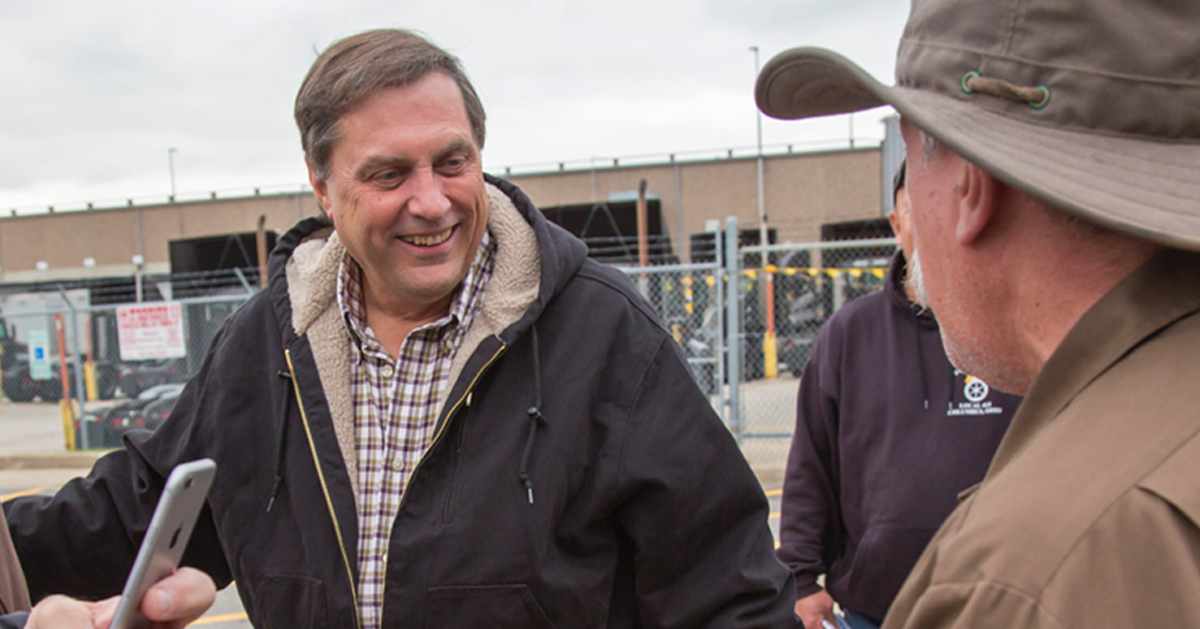 “The company is watching. UPS needs to get the message that the members are fighting for a contract that addresses our issues—and that we are not going to settle short.

“That starts now—and it starts with all of us.

“Today, we are launching a Contract Unity drive, and I’m asking you to take the lead on it.

“It starts with taking unifying information to the members. We’ve produced contract palm cards to pass out at UPS barns to unite members around the key issues.

“We’re also launching a Contract Petition Drive to tell the company that UPSers are standing together to win a fair contract. We will not accept givebacks or settle short for a contract that does not address our issues.

“We’ve got a lot of work to do. I’m asking everyone on this call to get involved. If you care about this contract, don’t just call in, step up.

“You can order the palm cards and petitions from UPSTeamstersUnited.org

“The company needs to see UPSers in every local passing out information and collecting signatures on the contract petition.

“Let me be absolutely clear. We have only one goal here and that’s to make UPS deliver a fair contract. Our target is the company.

“The National Negotiating Committee has strong proposals on the table. The members will back our union in fighting for these proposals—and we expect the Hoffa administration and Denis Taylor to back the members.

“Our message to the members is that we need to stick together and fight for our contract.

“Our message to UPS is that they need to put a contract offer on the table that addresses the members’ concerns or they will not get a contract.”