IBT Surrenders on Harassment without a Fight

Hoffa's chief negotiator Denis Taylor has cut a deal with UPS that surrenders on harassment without a fight. 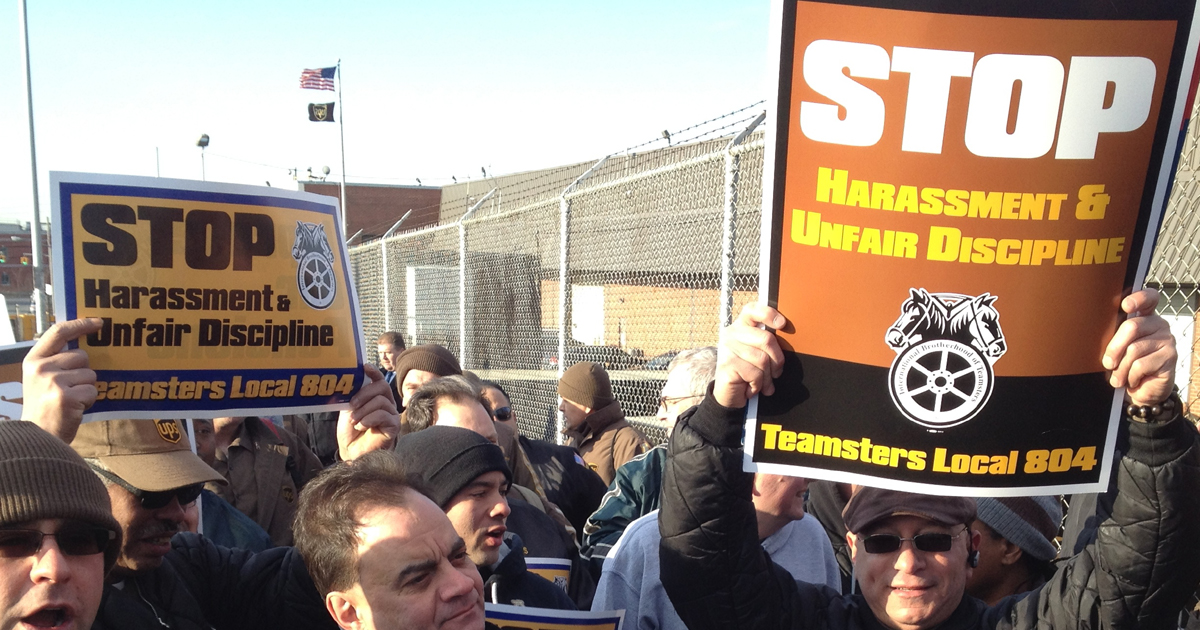 Taylor has reached a tentative agreement with UPS on new Article 37 language.

The deal creates a new committee that will hear harassment cases, but only after they have deadlocked at the local level and an area panel. It will take months, if not years, for a harassed member to get a hearing. Even then, the grievance can be settled for nothing more than an instruction that UPS comply with Article 37.

Teamsters United's Fred Zuckerman has called Taylor's deal “weak” and “unacceptable” and urged him to “go back to the drawing board before the Hoffa administration presents a contract to the members.”

"We have strong proposals. But they are being watered-down by weak lead negotiators," said Zuckerman.

The national contract cannot go into effect until it is approved by the members. The right to vote gives members the final say and the power to stop a weak contract.