International Union Vice President Avral Thompson has issued a letter calling on President Hoffa and the General Executive Board (GEB) to honor the contract votes by UPSers in Detroit and Western Pennsylvania. 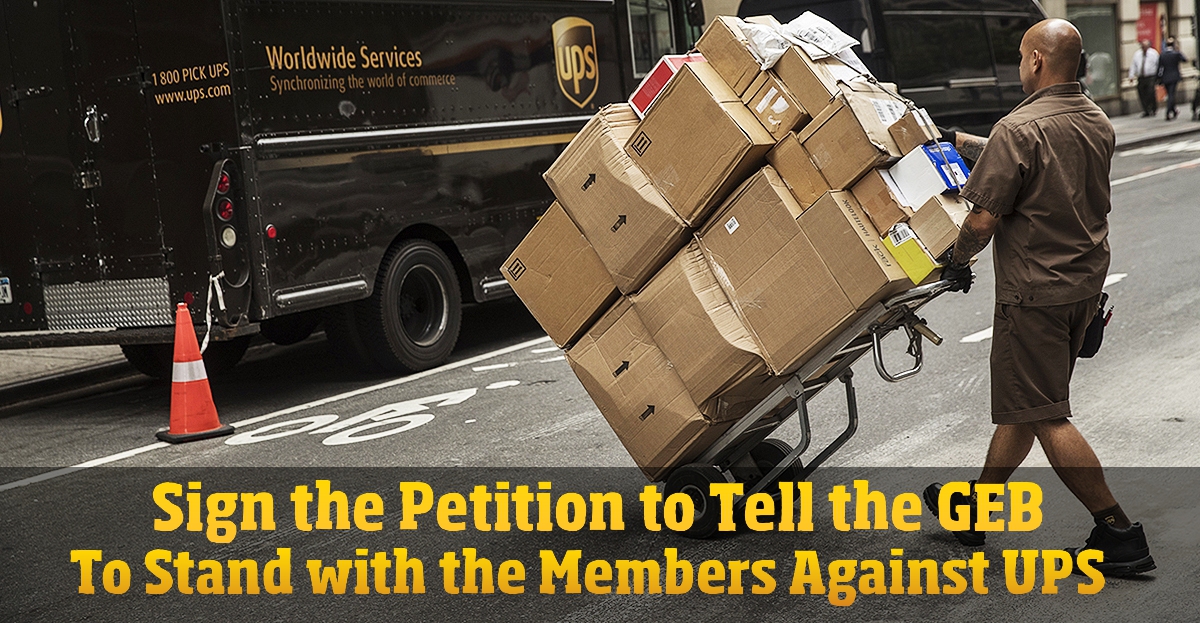 UPS Teamsters in Western Pennsylvania and Metro Detroit voted No by 96% and 88%. But Hoffa’s Package Division Director Denis Taylor wants the GEB to impose the agreements.

The GEB will meet by phone on Wednesday, March 20.

The letter from Central Region Vice President Thompson lays out the reasons why the GEB should “stop the imposition of the contract, and support the locals and members in winning a satisfactory settlement and prompt ratification.”

Several GEB members have already pledged to vote against imposing the contract. There are 23 members of the General Executive Board, so 12 votes will be needed.

A Settlement is Within Reach

The national contract cannot go into effect until all of the supplements are ratified.

This puts members’ back pay on hold. But it also means UPS can’t implement cost-saving concessions like 22.4 drivers. That gives our union leverage to settle the rejected supplements on fair terms.

The GEB should uphold the members’ contract votes in Western Pennsylvania and Detroit Local 243, and direct the Package Division to work with the Supplemental Bargaining Committees to win fair agreements.