Before healthcare has even been discussed in contract negotiations, Ken Hall tried to get UPSers in his local to pay for their retiree healthcare out of their own pockets. 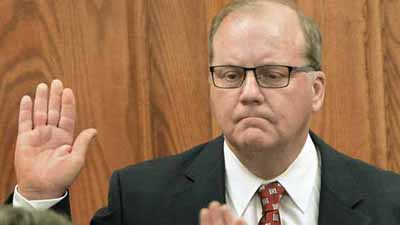 Ken Hall was removed as Package Director after he negotiated healthcare cuts for more than 100,000 UPS Teamsters. But make no mistake. Hall is still very influential. At the opening of contract negotiations, Hall sat right next to Package Director Denis Taylor.

So when Hall tried to get the UPS Teamsters in his own local to pay for their retiree healthcare, you can bet the company was paying attention and took the move as a sign of weakness.

Last week, Hall had UPSers in his home local vote on a proposal to divert 25¢ an hour out of their wages and put that money toward their retiree healthcare coverage. Many West Virginia Local 175 members balked and Voted No (46%), causing Hall to retract the proposal.

Healthcare has not even been put on the table yet in contract negotiations. If money is needed to protect retiree healthcare, shouldn’t Hall be pushing for the IBT to negotiate that money from UPS instead of trying to make his members pay out of their own pockets?

Apparently, Ken Hall has not learned much since he let UPS cut members’ healthcare and retiree healthcare in the last contract.

UPS Teamsters need to be ready to fight for ourselves.