The proposed contract deals at UPS and UPS Freight will be reviewed by local officers at the Two-Person meetings in Chicago on Thursday, August 9. 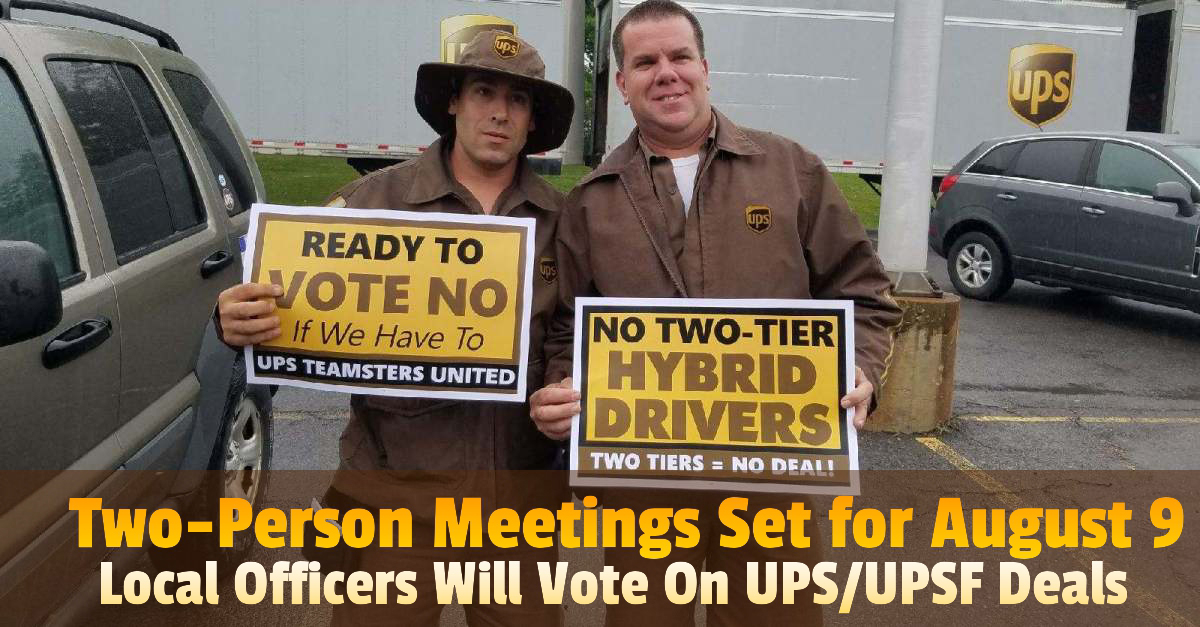 Two representatives from each Local Union with members employed at UPS and/or UPS Freight will attend the meetings to review and discuss the proposed national contract offer.

After the Two-Person meeting, the proposed contracts will be put out to the membership for a vote.

Members at UPS will get two votes (one on the national contract and one on the supplement). Some members will get a third vote on a local or regional rider.

UPS Freight Teamsters will vote on the proposed national contract, which is still being kept totally secret from the members. Contract bulletins will be available when the Hoffa administration lifts the information brownout at UPS Freight.

Voting will be done by electronic balloting, which means you will vote by internet or telephone.

The right to vote on the contract gives members the power to Vote No and send UPS back to fix this broken deal.

Sign up to get contract news and updates from UPS Teamsters United. 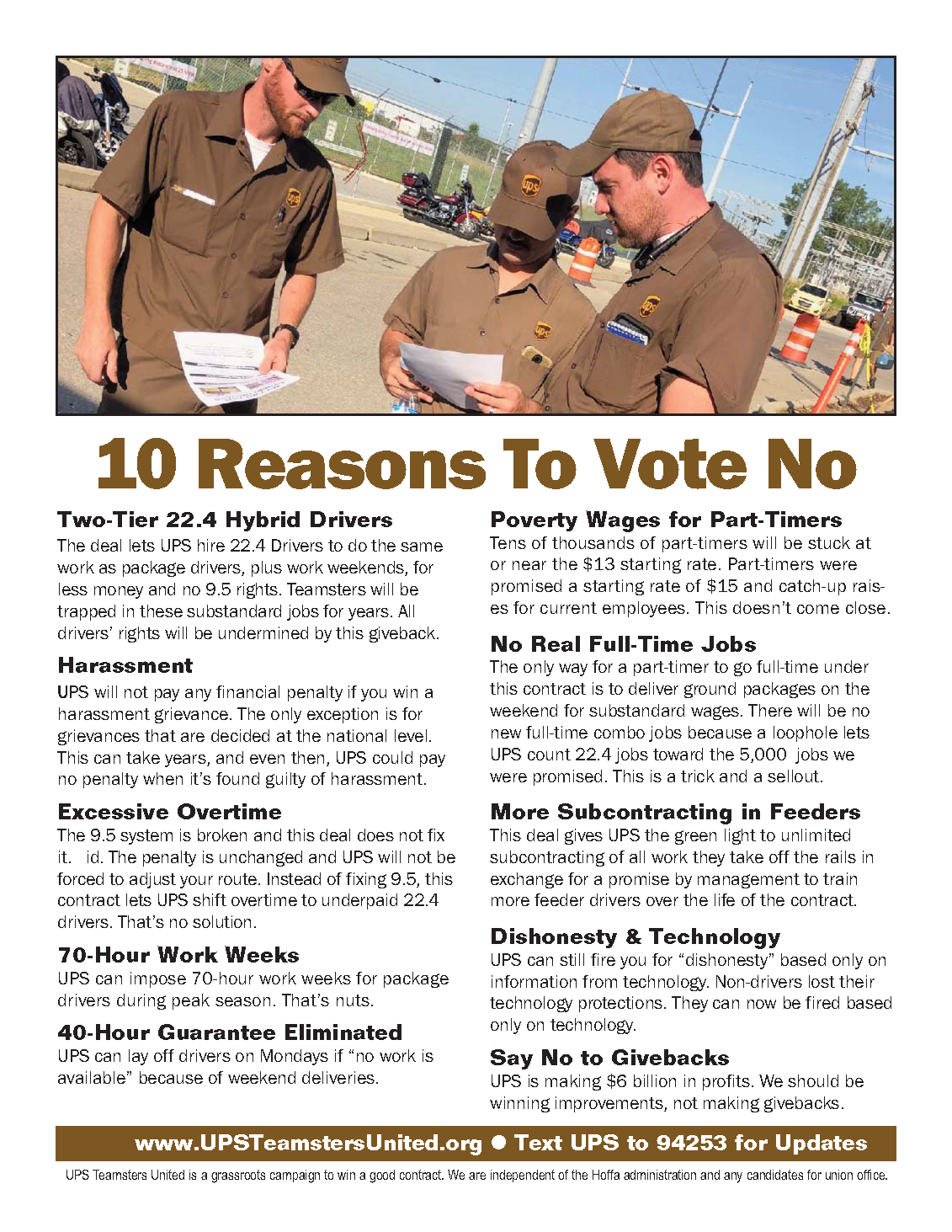 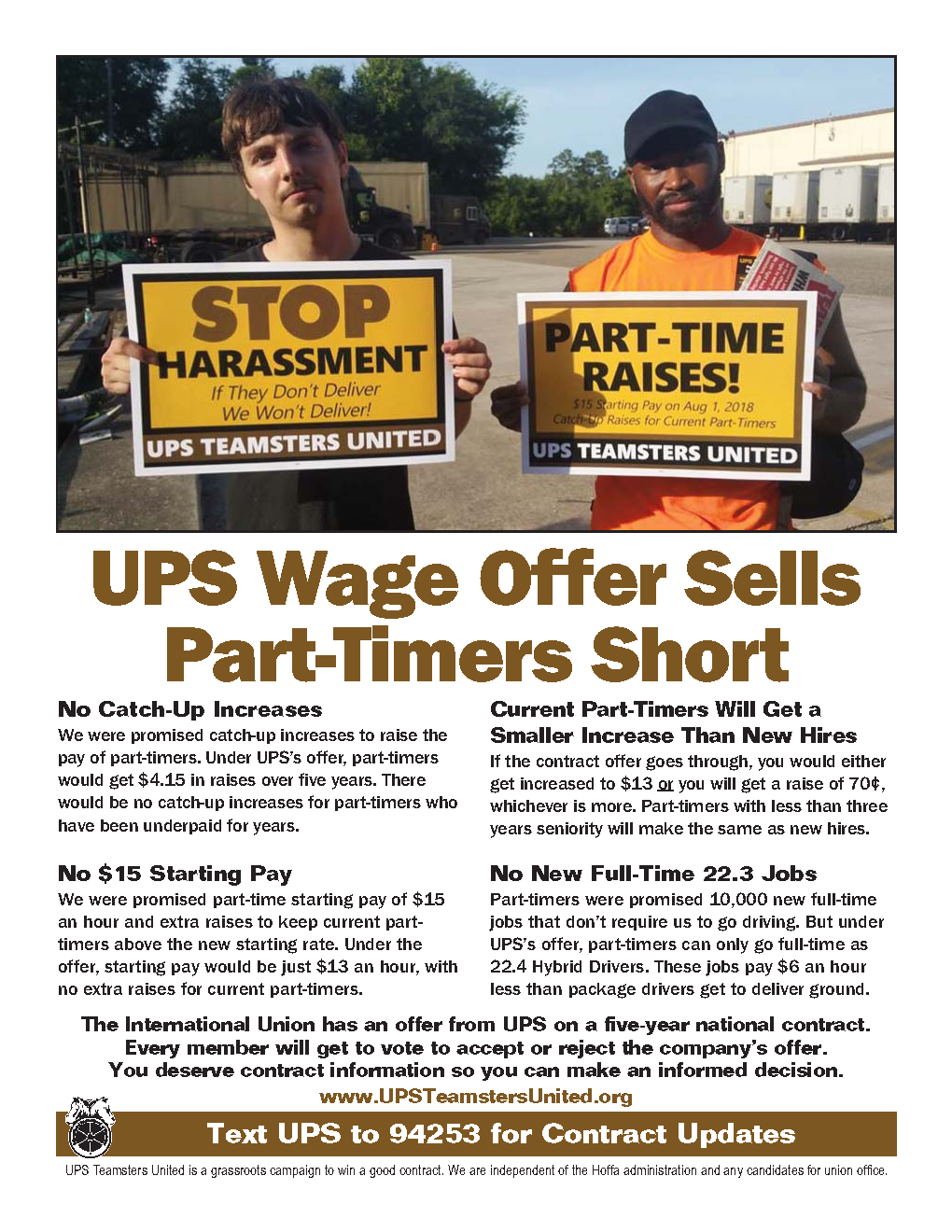