UPSers Teamsters are uniting to win MLK Day as a paid holiday and other improvements. 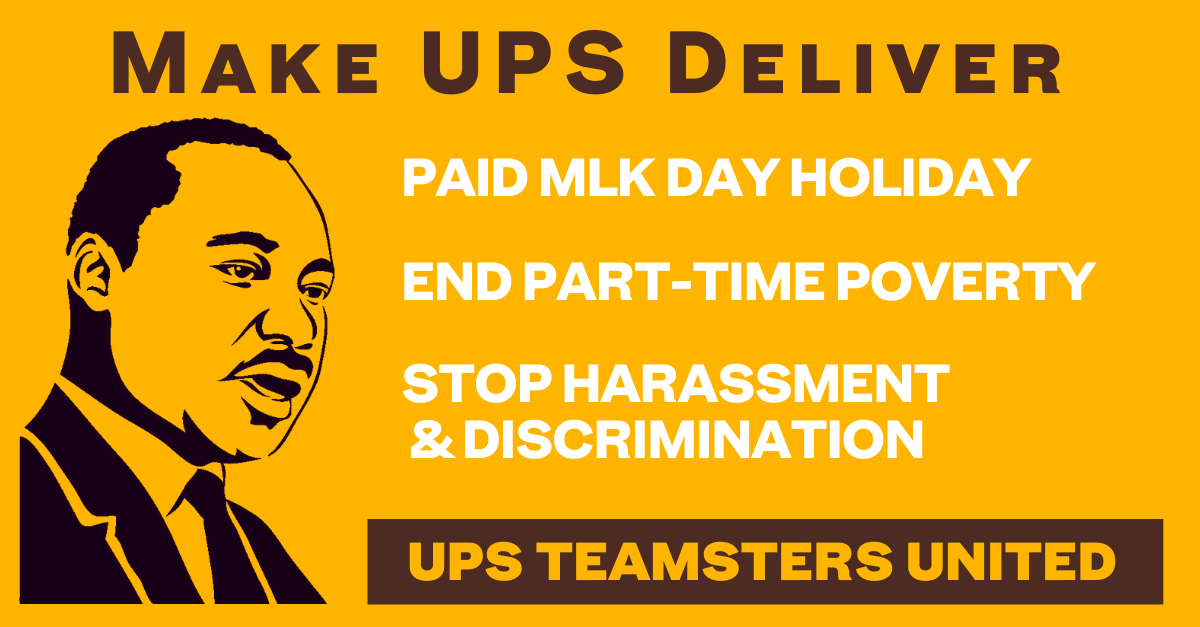 UPS is headquartered in the hometown of Dr. Martin Luther King, Jr., but unlike the US Postal Service, UPS refuses to recognize MLK Day as a paid holiday.

UPSers have been frontline heroes through the pandemic while the company has made record profits. It's time for UPS to deliver.