After Voting No against contract givebacks, members have voted out pro-Hoffa officers in Charlotte Local 71.  Members elected TDU activist Willie Ford and the Rebuild 71 Slate to lead their local. Ford beat the incumbent president by 757 to 286. 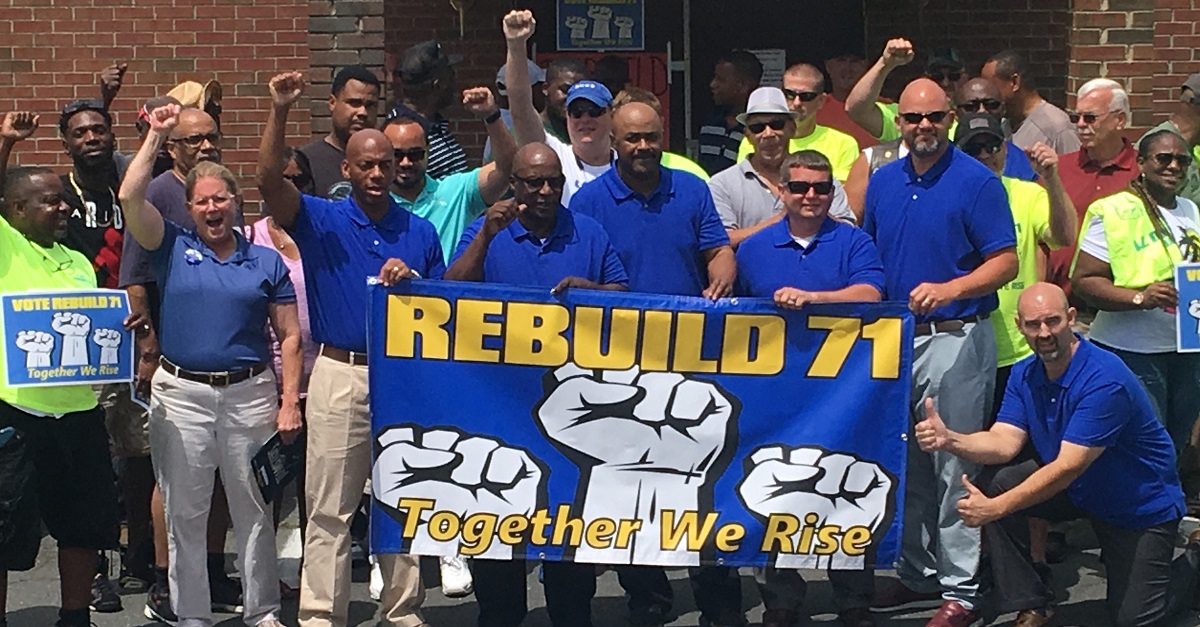 Local 71 members have repeatedly backed anti-Hoffa candidates in International Union elections. As a candidate for International Vice President on the Teamsters United slate in 2016, Willie Ford won 80 percent of the vote in Local 71.

But Local 71 officers continued to back Hoffa-Hall and concessionary contracts. Today, officers paid the price for being out-of-touch with the rank-and-file.

In record turnout, Willie Ford and Rebuild 71 won 62% of the vote in a 3-way race, beating the incumbent by nearly a 3-1 margin.

The Rebuild 71 campaign began with the UPS contract campaign. Ford and other activists led local UPS Teamsters United efforts to unite members to reject contract givebacks. Members voted No by 63%. More than half the members voted.

After the Hoffa-Hall administration used the two-thirds rule to impose the UPS contract, Local 71 members who had previously run against each other united to win new leadership in their local.

“We would have elected new leadership in 2016, but we were divided. This time, we came together,” Austin, the Recording Secretary-elect said. “We got members involved in our campaign, because that’s what it takes to build a strong union.”

Rebuild 71 started out small. At first it was a challenge getting members to publicly support new leadership for fear of retaliation.

Candidates and supporters leafleted worksites for months, informing members about their rights and laying out their action plans to build a stronger union and uniting Freight, UPS and other Teamsters.

“After a while it went from members hustling past us at the gates, to fist bumps and hollering ‘Rebuild 71!’ on their way in to work,” said Ford.

Now, the hard work of leading the local begins.

Rebuilding representation and contract enforcement are top priorities for the new leadership.

“Management refuses to handle grievances with the shop stewards. They’ve gotten used to cutting a deal for less with the BA,” said Richard Dill, Trustee-elect.

“We’re going to rebuild contract enforcement from the bottom up with shop steward training, member education, and a communications program so members know their rights,” said Ford.

“We’re going to rebuild our union the same way we won this election—by informing and uniting the membership,” Ford said.