Online Workshop: Winning the UPS Contract We Deserve in 2023

UPS Teamsters elected new International Union leadership in 2021. How can we win the contract we deserve in 2023? Register now for this zoom workshop on Sunday, March 20, to talk with UPS activists and Teamster leaders about how to organize for a better UPS contract. 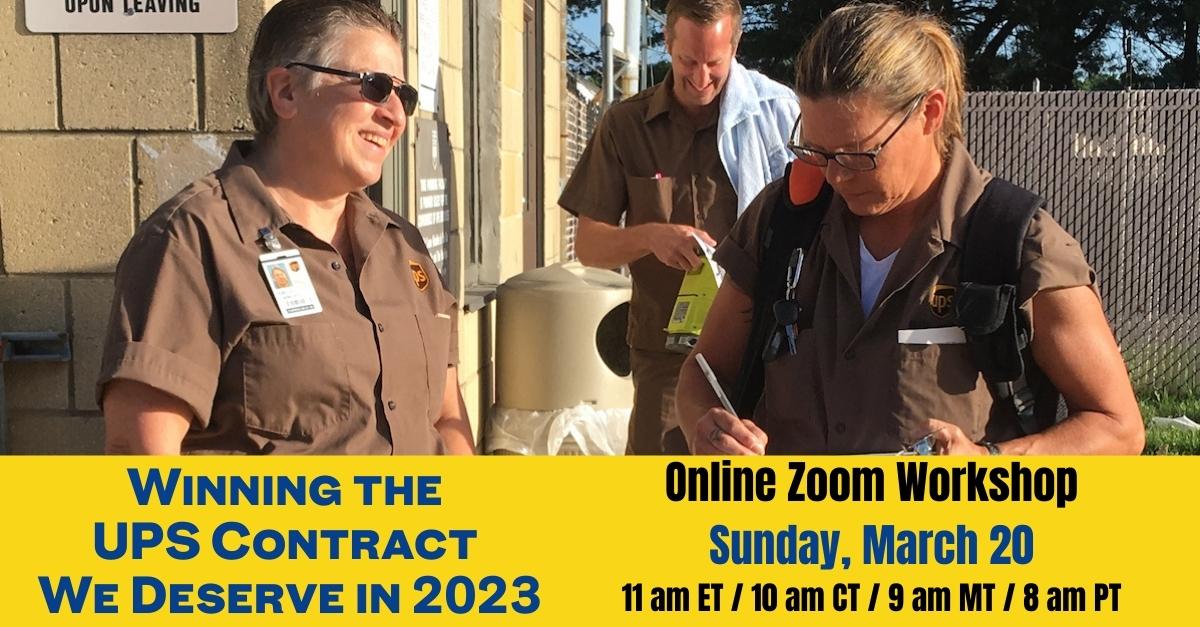 Don’t miss this workshop if you want to:

To attend this workshop, you must pre-register. We will send you the zoom information before the workshop.

“Winning the UPS Contract We Deserve in 2023” is sponsored by UPS Teamsters United, a national network of UPS Teamsters.

In 2018, we mobilized to Vote No to reject contract givebacks, including the new two-tier 22.4 position. In 2021, we supported the OZ-Teamsters United Slate. Now, we’re organizing to win the contract we deserve in 2023.

UPS Teamsters United is a project of Teamsters for a Democratic Union.