Just when you thought the monitoring and harassment couldn’t get any worse, UPS is installing cameras inside package cars. Sign the petition to protect UPS drivers. 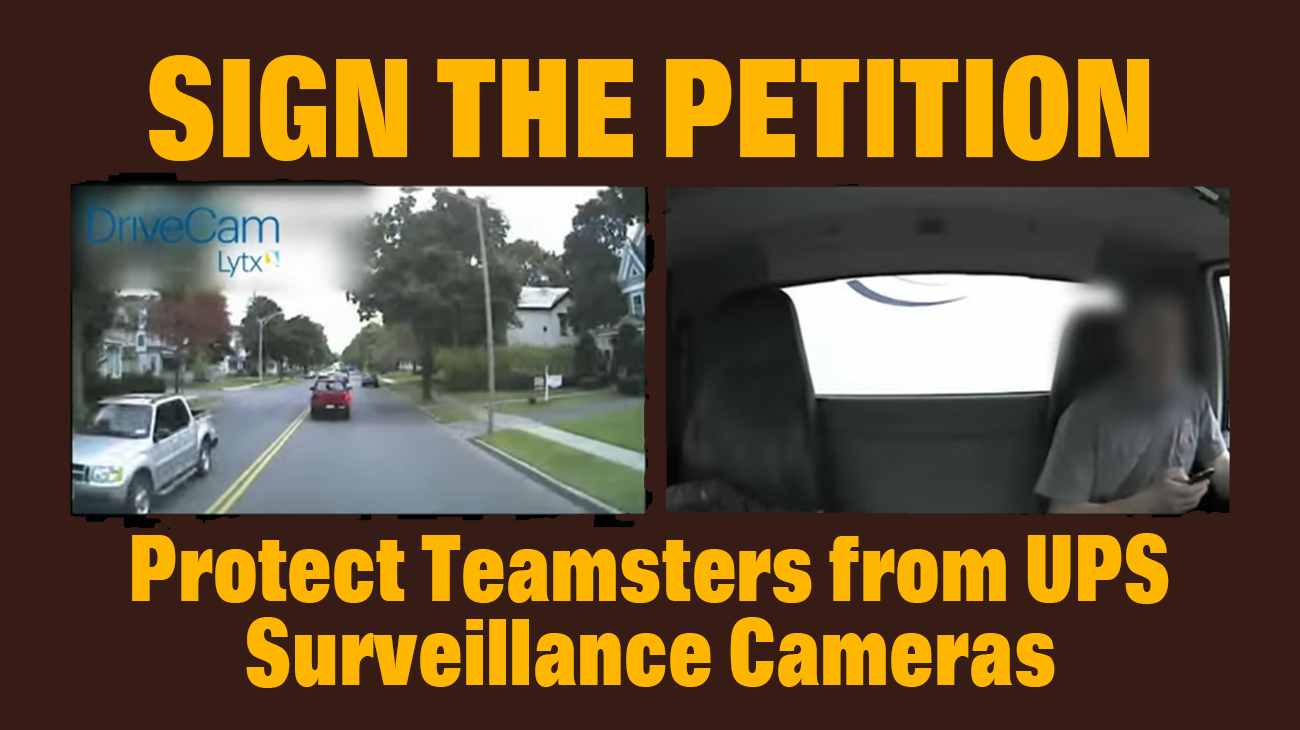 UPS has installed Lytx Drivecam in package cars in four centers in Oklahoma and Texas, with plans to bring them to a truck near you.

Just like when Telematics was first introduced, management’s pitch is that the cameras are just about safety.

But UPS Teamsters know all too well how management abuses Telematics to harass and discipline drivers.

How the Cameras Work

According to Lytx, their DriveCam has both outward-facing and driver-facing cameras, and can record video and audio inside the truck.

A series of series of Lytx Drivecam videos on YouTube shows how management can record and monitor drivers.

The cameras can be set to only record when they are triggered by an incident, like swerving or sudden braking.

But, the cameras can also be set up to continuously record and even live-stream video and audio footage from outside and inside the truck.

UPS has “assured” the IBT that these capabilities have not been activated yet.

This is apparently enough for Hoffa’s Package Division, which issued this weak memo from Director Denis Taylor today.

Working Teamsters cannot afford to wait until management activates all of the spyware’s capability before our union takes action.

The International Union has strong rights under our national contract to bargain over the effects of new technology and to negotiate protections.

These and other union rights are laid out in the Technological Change article of the contract (Article 6, Section 4).

But like so much of our contract, Hoffa and Denis Taylor are doing nothing to enforce it.

Stand with UPS Teamsters to demand that our union take strong, united action to protect us from invasive cameras and spiraling harassment.

Sign the petition against surveillance cameras in UPS trucks.