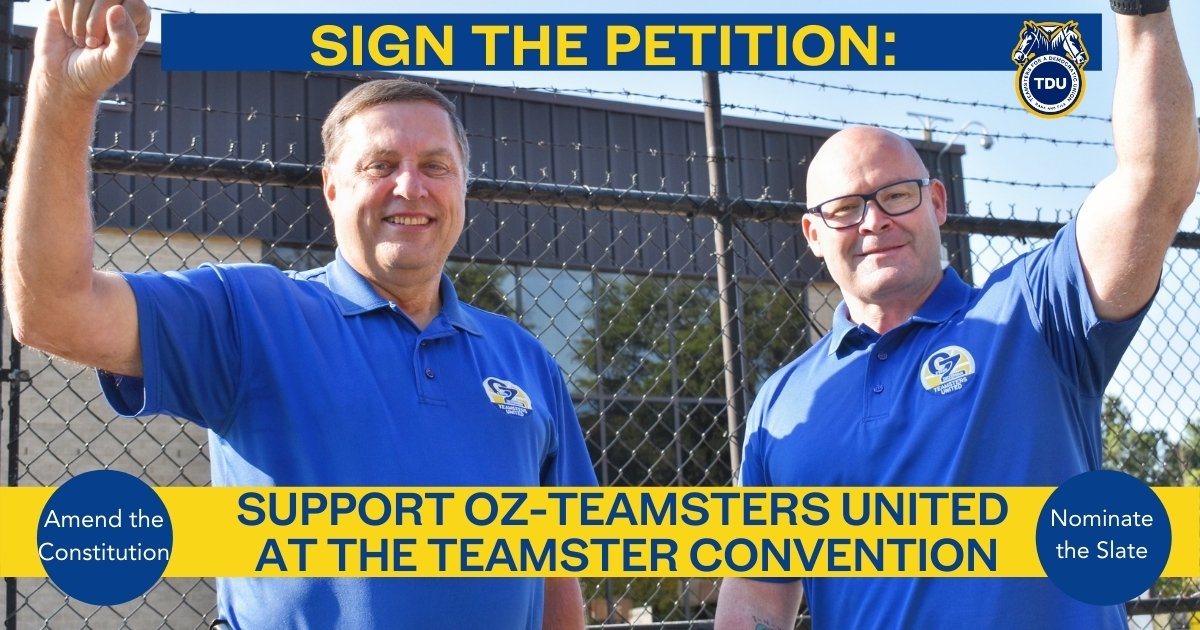 Sean O’Brien, Fred Zuckerman and the Teamsters United Slate is proposing a series of constitutional changes at the Teamster Convention, including:

The Hoffa-backed Vairma-Herrera Slate has attacked these changes, setting up a showdown at the Teamster Convention when delegates from every local union will vote on the reforms.

O’Brien-Zuckerman Teamsters United is asking Delegates to sign a pledge to back the slate and the proposed amendments at the Convention. Rank-and-file Teamsters can show our support too.