New York Local 804 shows how our union can stand up to UPS and win. 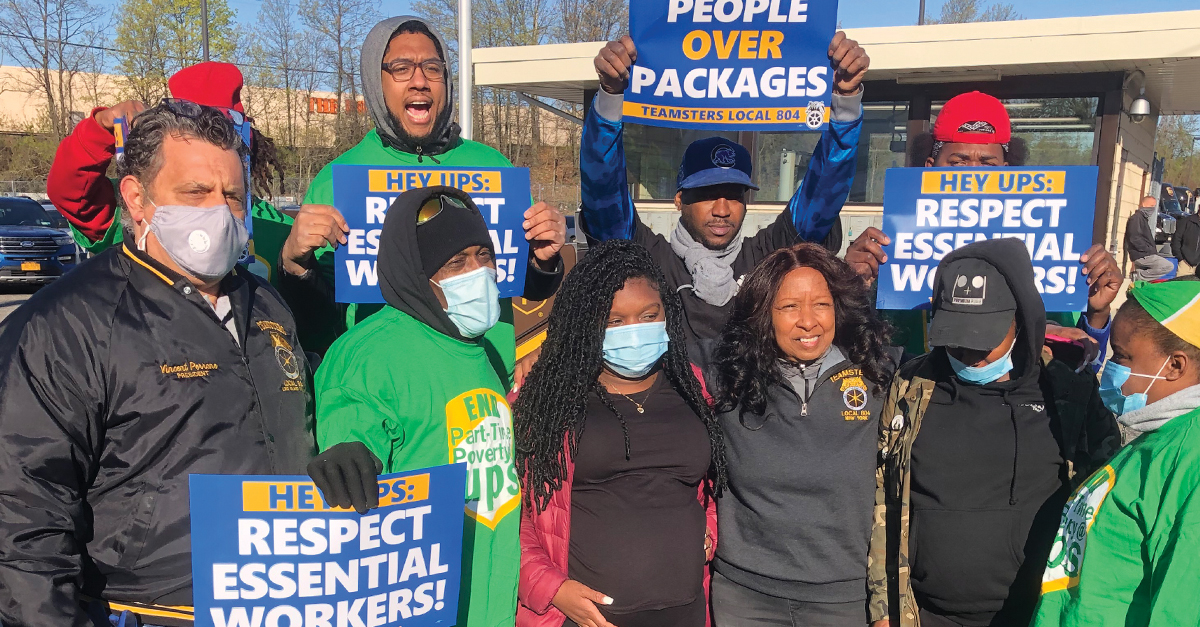 Members elected Vinnie Perrone and a slate of new leaders in 2018 to represent the 8,000 UPS Teamsters in New York Local 804. This article is an excerpt from his President’s column in 804 News.

Bully bosses at UPS in New York are licking their wounds after a series of union victories against harassment and unfair discipline.

UPS terminated ten part-timers, including two pregnant women, in Queens for going home after completing their five-hour assignment. Then management tried to stick members with a suspension.

Local 804 accepted no discipline whatsoever. They took their case to the grievance panel and to the public.

UPSers turned out from across metro New York to protest in a series of rallies in front of the Queens UPS building. Political leaders and community groups joined the protests too.

Local 804 President Vinnie Perrone personally parked a digital billboard in front of the home of the division manager who fired the workers.

When the dust settled, all ten workers were put back to work with full back-pay.

The victory in Queens comes on the heels of Local 804 beating UPS management after they fired three stewards and union activists earlier this year. All three are back to work with full back-pay.

“Local 804 members stick together because we know our union stands behind us,” said Eugene Braswell, a Local 804 shop steward and co-chair of TDU. “It’s time to bring this change and power to our International Union.”

Standing Up to UPS Without Apologies

UPS management complained that Local 804 is hyper-aggressive and that we “won’t give management a break.”

We are here to fight for our members, and we will be hyper-aggressive in doing that, with no apologies.

UPS Teamsters worked through a pandemic, delivering for our communities and making record profits for the company. In return, management has treated essential workers like we’re disposable. We’re not having it.

We will match the company’s attitude: respect with respect, fairness with fairness, aggression with aggression.

What we will not do is allow the company to abuse and disrespect our brothers and sisters and then hide behind their brown and gold shield.

I want to thank members for standing shoulder-to-shoulder.

You have stood with fired shop stewards, and we won their jobs back with full backpay.

You’ve rallied with political leaders to support our brothers and sisters in Laurelton, Queens

You’ve held parking lot meetings and explained union rights and responsibilities to 22.4 drivers, the future of our local.

Management doesn’t like the new Teamsters Local 804. That’s not about me. That’s about us and what we’re doing together.

One Union. One Goal.