The National Negotiating Committee and UPS Freight completed their second week of contract talks on February 1. 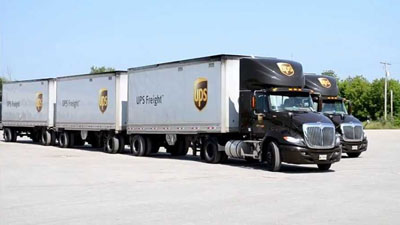 Negotiations focused on the grievance procedure, equipment, and safety, among other issues.

Progress has been slow and chief negotiator Kris Taylor has released virtually no information to the members. UPS Freight Teamsters barely receive any attention on the IBT’s UPS Rising website or in contract updates.

The grievance procedure at UPS Freight is broken and members want change.

The company is proposing to weaken the grievance procedure by raising the fee for docketing grievances at the regional panels to $200 per case and reducing the number of regional grievance panels to four.

The union has submitted a counter proposal that would add two more regional meetings to deal with suspensions and terminations.

Subcontracting remains a signature issue. Without a resolution to this problem, there will be no contract.

The union has proposed a ban on all subcontracting of bargaining unit work.  No additional proposals were exchanged this week and contract talks focused on other issues.

Wages and benefits were not discussed either. Proposals on economic issues like raises, healthcare and retirement will be discussed later in negotiations. UPS Freight Teamsters want significant improvements.

UPS Freight Teamsters are working under a substandard contract and we know it.  To win the improvements we need, we have to be organized.

The company needs to see that we will back our union negotiators when they fight for improvements and that we will Vote No if they settle short or submit another substandard deal.