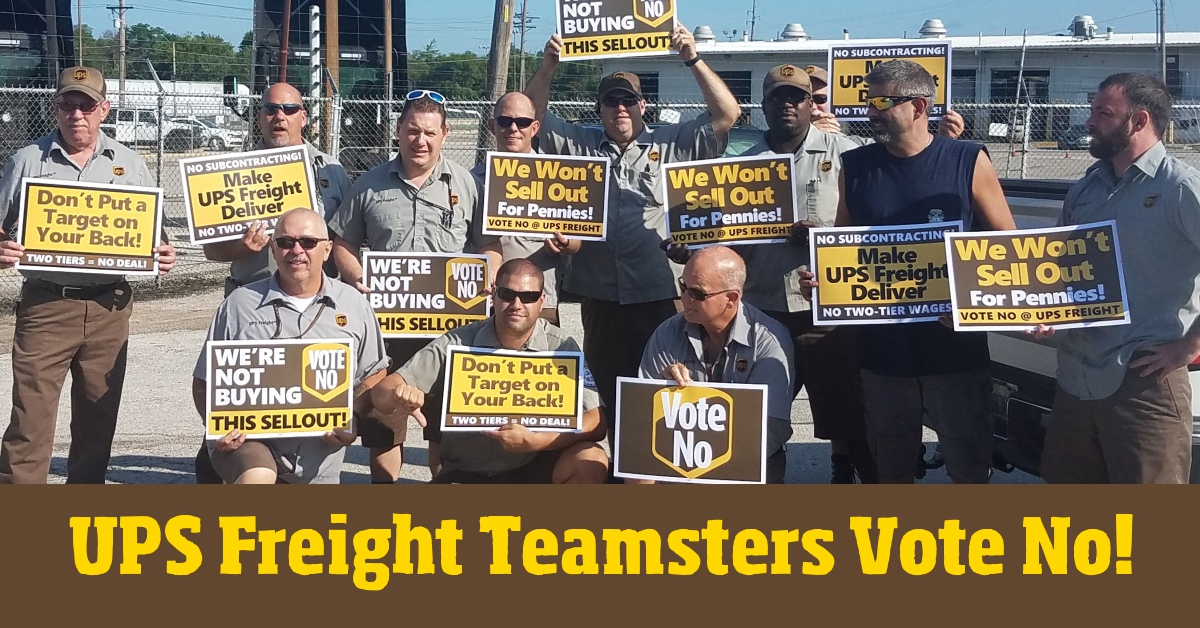 The membership has spoken and loud and clear that they demand serious renegotiations, not stalling, spinning the members, or token changes.

We can win a much better contract. But that will only happen if UPS Freight members keep up the pressure on the IBT.

Now that this weak deal has been rejected, the danger is that the Hoffa administration will delay negotiations, play games, and try to wear down the members. We can’t let that happen.

Our union has leverage to win a good contract. The No Vote increases our leverage even more. UPS is making record profits. The economy is strong and there is a nationwide shortage of truck drivers.

The IBT promised an end to subcontracting. UPS Freight Teamsters will unite behind a contract that protects jobs, wages, and strengthens our union.

We expect wage increases which keep up with inflation, not chump change.

Excuses about UPS Freight paying more than nonunion carriers don’t cut it. We are Teamsters and expect to be paid more than nonunion. UPS is the biggest transportation company in the world. It’s time to make them deliver.

Let’s get organized, get united, and win.