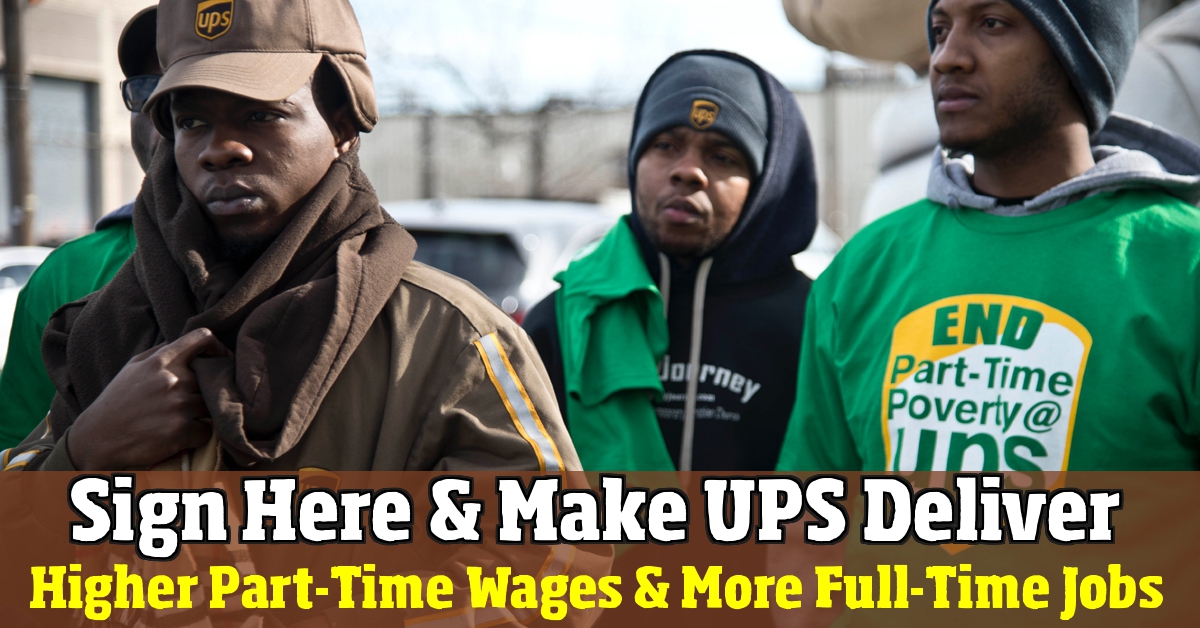 Current Part-Timers Will Get a Smaller Increase Than New Hires
If the contract offer goes through, you would either get increased to $13 or you will get a raise of 70¢, whichever is more. Part-timers with less than three years seniority will make the same as new hires.

No New Full-Time 22.3 Jobs
Part-timers were promised 10,000 new full-time jobs that don’t require us to go driving. But under UPS’s offer, part-timers can only go full-time as 22.4 Hybrid Drivers. These jobs pay $6 an hour less than package drivers get to deliver ground.

It's our contract. Let's fight for it—including for fair wage increases for part-timers.

Stay informed. Review the proposed contract changes. Discuss them with your fellow Teamsters. 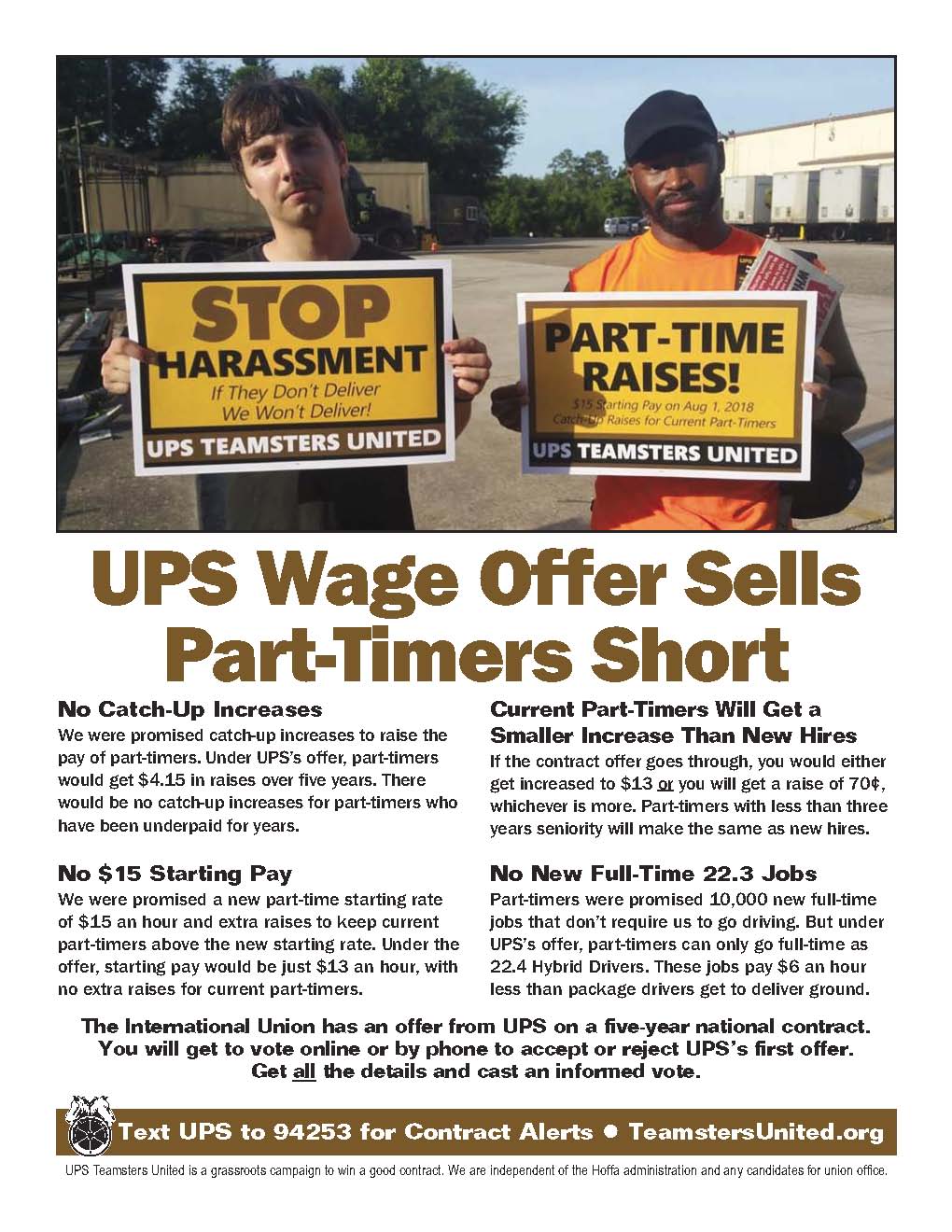