Despite declaring the contract ratified, Denis Taylor says he will “return to the bargaining table to address a number of member concerns with the National Master UPS Agreement.” When bargaining resumes, UPSers expect our issues to be addressed. 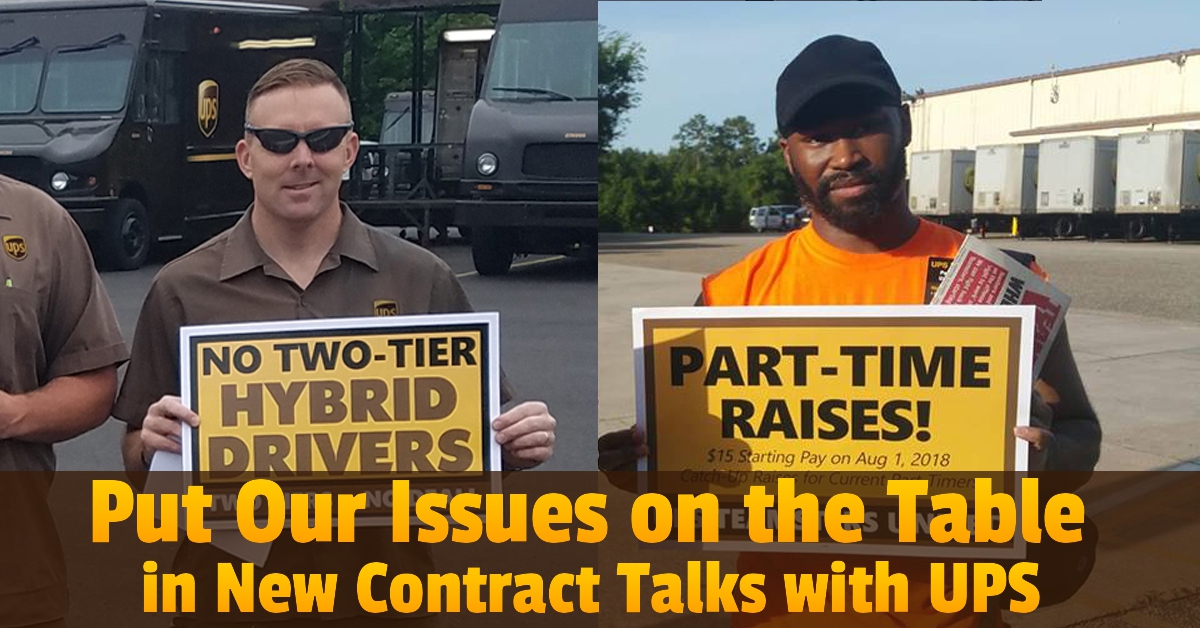 The issues that fueled the contract rejection are clear—and they need to be addressed when the Negotiating Committee sits down with UPS.

It’s no secret that the two-tier 22.4 giveback was the number one issue behind the Vote No movement. UPS Teamsters don’t want the company to be allowed to pay lower wages to 22.4 drivers and strip them of any 9.5 rights for doing the same work as traditional Package Car Drivers.

It’s an embarrassment that nonunion Amazon hiked its minimum wage to $15 an hour at the same time that the Hoffa administration ‘ratified’ a deal with $13 an hour starting pay for Teamsters under our union’s biggest contract.

Contract loopholes need to be closed so that when UPS takes work off the rails, it is creating Teamster sleeper team jobs, not giving that work to subcontractors.

Making it easier to get on the 9.5 list will not reduce unwanted, excessive overtime if the penalties and enforcement mechanisms are still toothless. Higher 9.5 penalties and automatic payment of 9.5 violations are a reasonable adjustment to the rejected contract and they will help address the problem.

Forced 70-hour work weeks have to go, even during peak. All work after 60 hours needs to be voluntary. This is a safety issue for drivers and the public.

UPSers still have not heard from Hoffa since we Voted No by 54%.

Hoffa’s negotiator Denis Taylor says the deal is ratified. But he has also issued official statements through UPS Rising that, “The Committee will demand that UPS return to the bargaining table” and that he has “reached out to UPS management to discuss the contract.”

UPSers are reasonable and know that negotiations won’t start over from scratch.

But the priority issues that caused the contract to be rejected should be addressed when contract talks are held and we deserve the right to vote on the company’s offer after it’s revised.