UPSers To Vote on Proposed Deal

Officers from every UPS local met today in Chicago and approved sending the national contract out for a membership vote. A national Vote No Telephone Town Hall of UPSers and Teamster officers who oppose the contract will be held on Saturday. Registration closes at 3 pm on Friday. 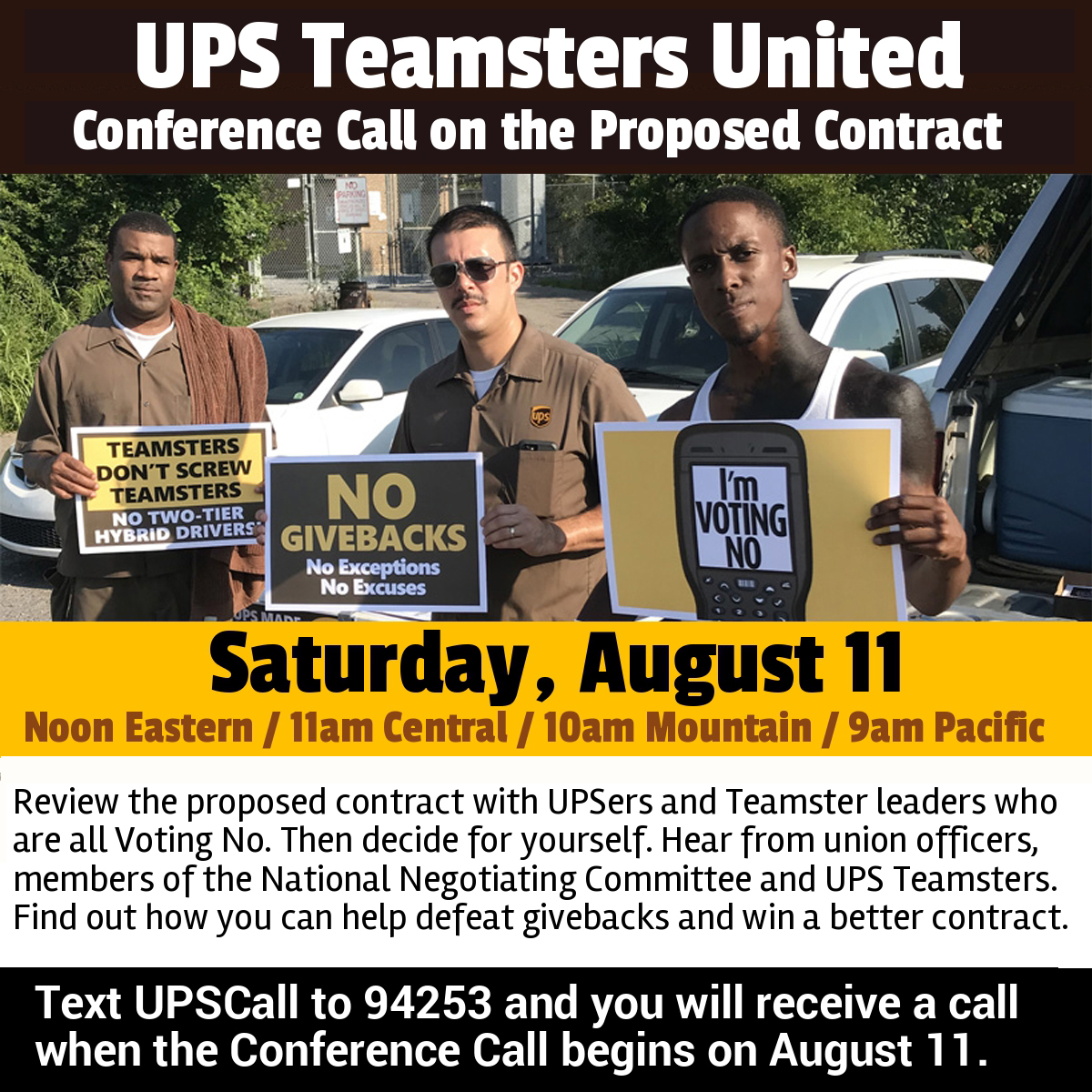 The proposed UPS contract came under fire at today’s two-person meeting with tough questions about the two-tier 22.4 combination drivers, harassment, excessive overtime and other shortcomings in the proposed deal.

The majority of local officials supported the contract in a voice vote today. But a growing number of Teamster officers are coming out against the contract, including local and Joint Council leaders, members of the National Negotiating Committee, and some IBT Vice Presidents.

Now, the fate of the proposed contract lies with the membership.

UPS Teamsters will vote on the proposed contract by electronic voting.  Every member will be mailed a ballot packet with a secure access code for voting online or by phone in early September, once all of the supplemental negotiations are completed.

But organizing to Vote No and reject the contract has already started.

A Vote No at UPS Telephone Town Hall will be held this Saturday, August 11 at noon Eastern. The deadline to register for the call is Friday at 3 pm Eastern.

Everyone who registers will be called when the Telephone Town Hall begins. 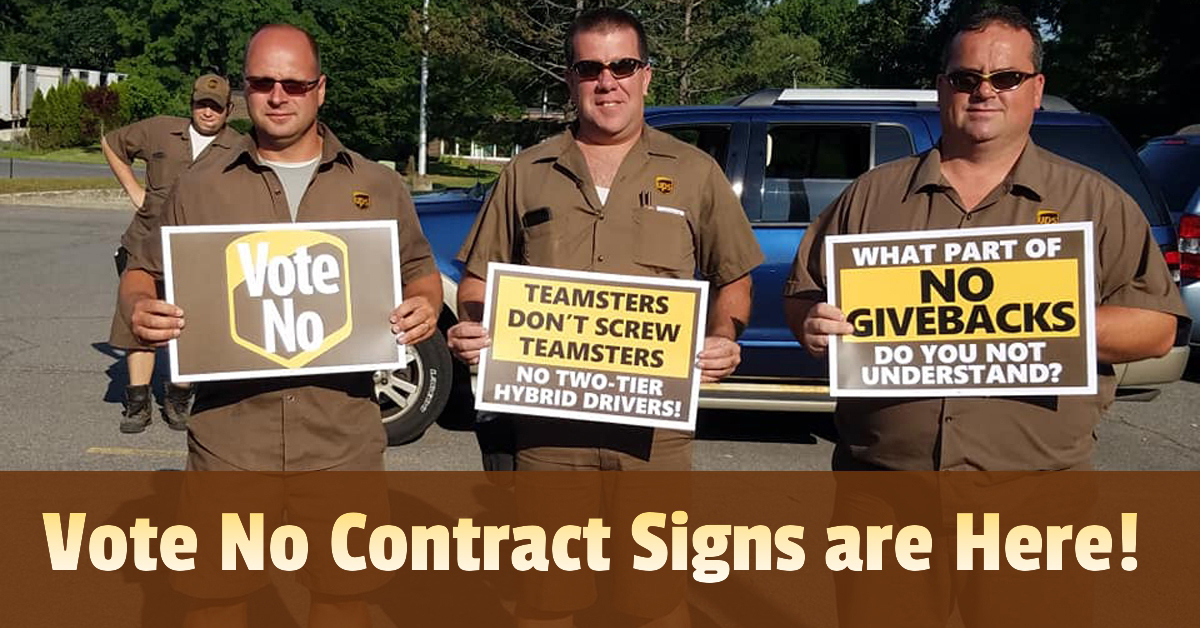 Order Vote No contract signs from UPS Teamsters United. You can use signs at a parking lot meeting or rally—or ask members to take a photo with a sign and post it on social media.

Download and distribute Vote No leaflets where you work. 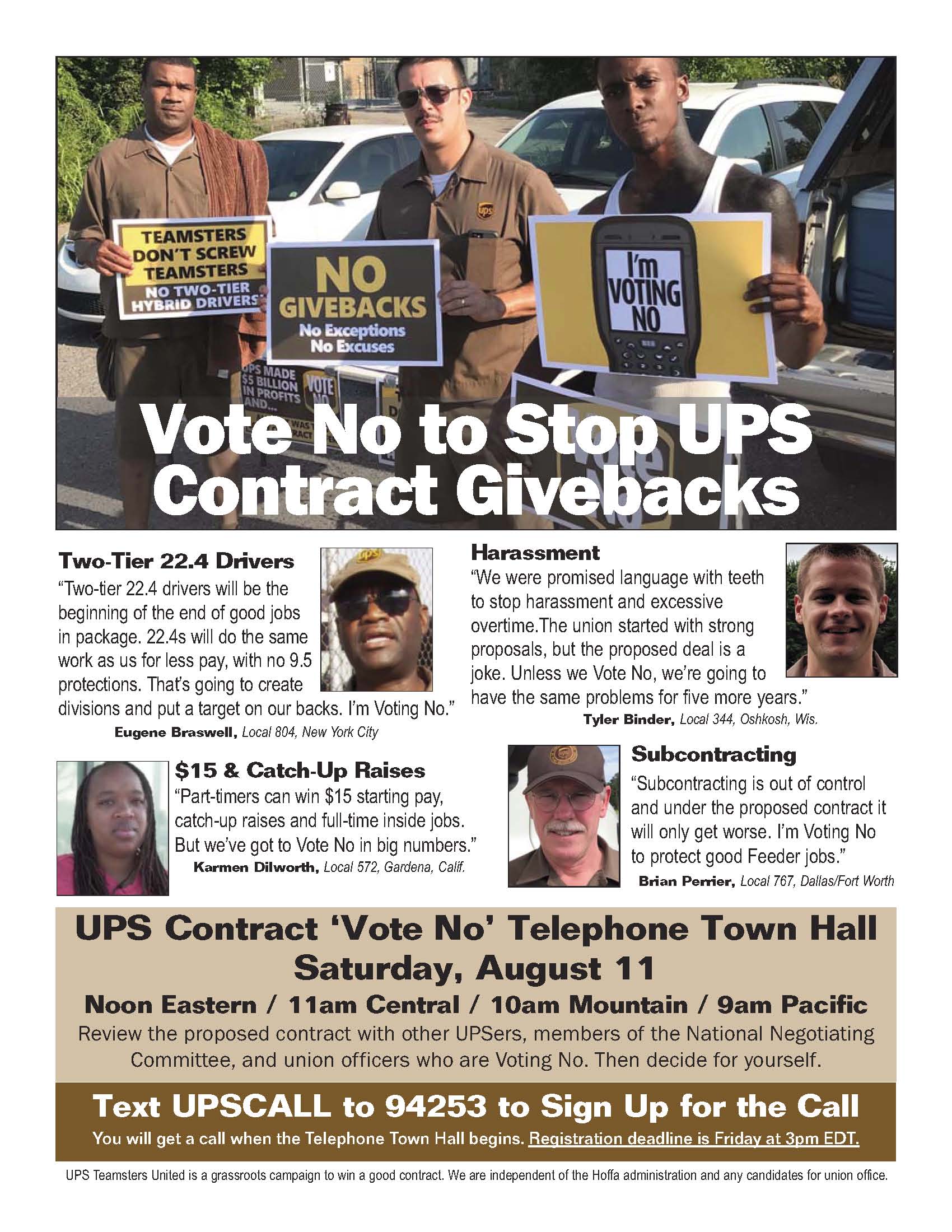