UPS Teamsters in New York have moved from ‘Vote No’ to ‘Vote Them Out.’  The 7,100 members of Local 804 have elected a new team of reformers to lead their local union. 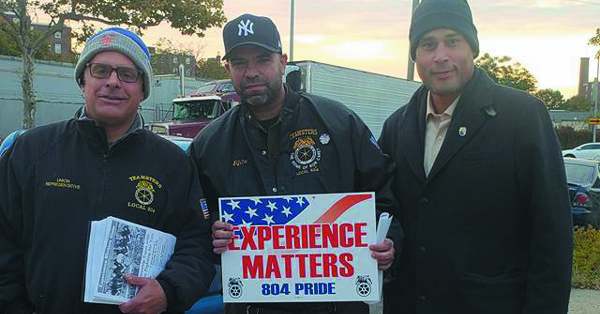 Local 804 is the largest local of UPS Teamsters in the East. Last month, the largest UPS local in the South voted for a new team of reform leaders in Dallas-Ft. Worth Local 767.

The reform victory was fueled by the movement against contract givebacks at UPS. Experience Matters leaders and activists organized coordinated contract unity and Vote No actions.

Local 804's outgoing president, Danny Montalvo, told members at one of those rallies that, “We’re going to take 22.4 drivers and run with it.” But Local 804 UPSers decided otherwise. They Voted No by 95% to reject the contract.

Despite the No vote, the national contract was imposed by the Hoffa administration, but negotiations will continue in the new year on the rejected Local 804 Supplement. 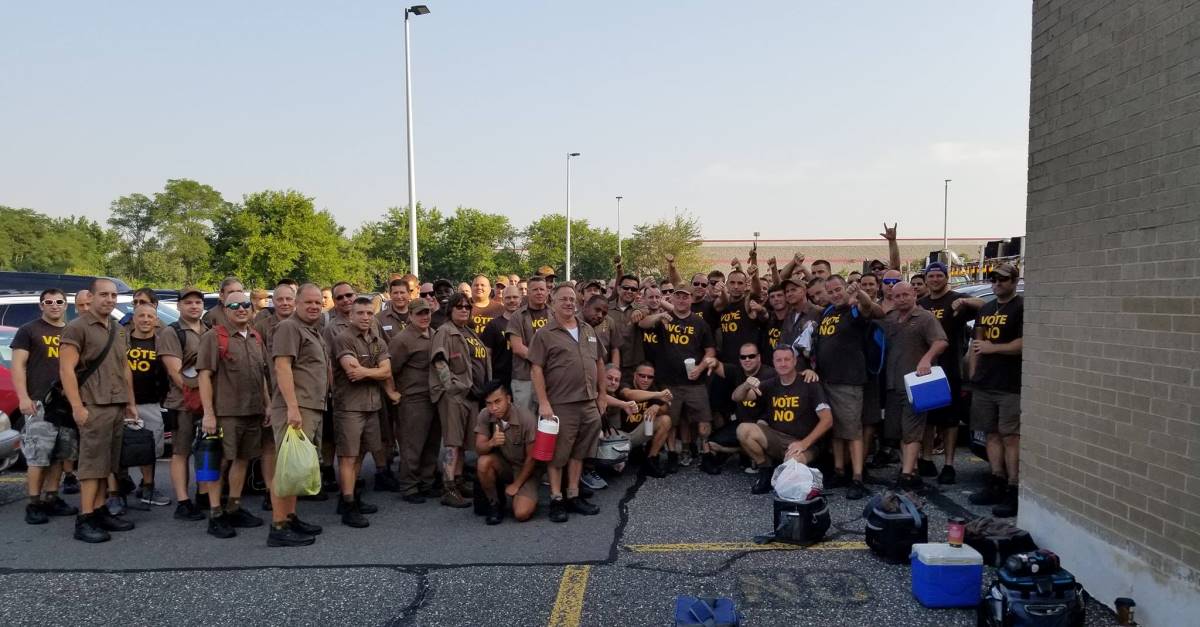 “The election shows that members have had enough,” said President-elect Vincent Perrone. "Together, we are going to hit the reset button with UPS management, stand up to harassment and unfair discipline, enforce our contract, and restore basic fairness to our workplace.”

“It won’t all happen overnight, but we will be working hard starting on day one," Perrone said.

“I worked hard to elect the new slate and I can’t wait until they take office,” said Local 804 alternate steward and TDU Steering Committee member Eugene Braswell. “But getting our union back on the right track and keeping management in line is not something that the leadership can do by itself.

“To succeed, it’s going to take stewards and members coming together and stepping up,” Braswell said. “I’m ready to do my part.” 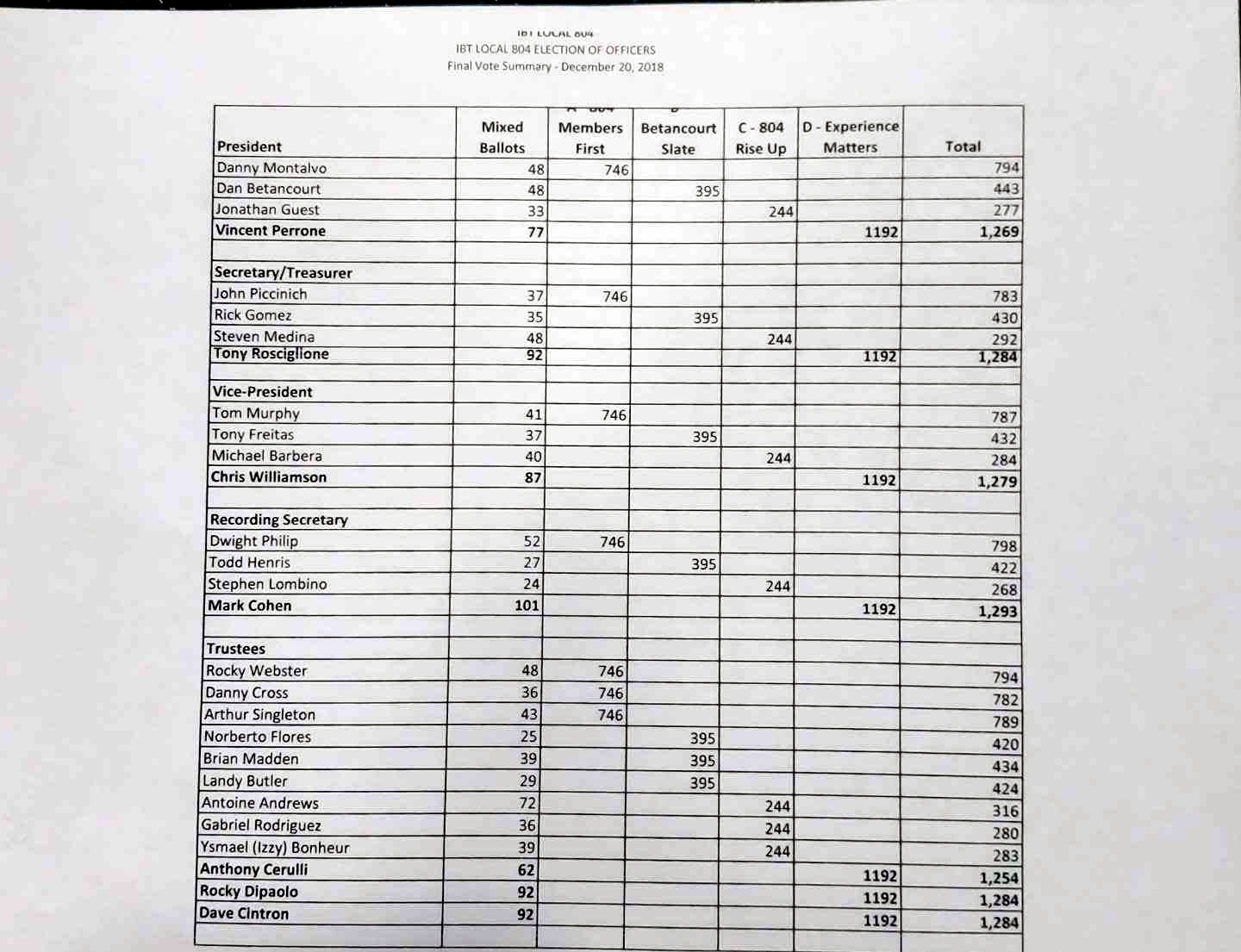 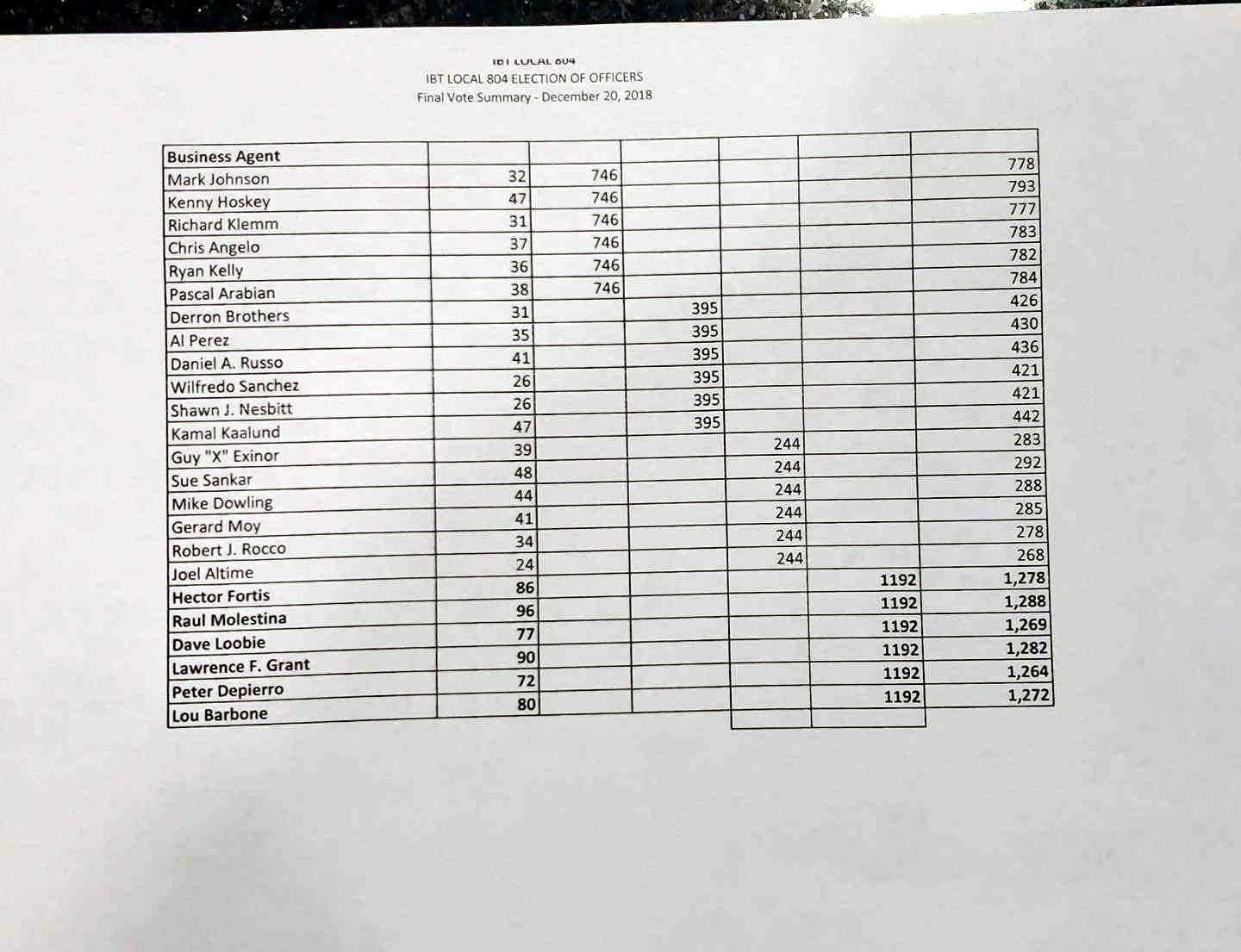