What’s Next for the UPS Contract?

In a nationwide conference call, Fred Zuckerman briefed members on negotiations and announced a UPS Teamsters United petition drive to fight for a good contract. 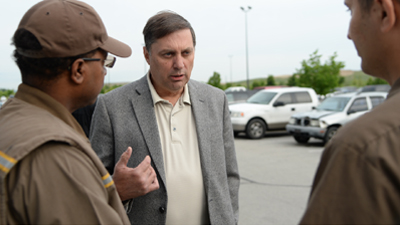 Economic issues like wages, healthcare and pensions have not been discussed in negotiations yet, but the call discussed key contract goals. UPS Teamsters United has outlined what we’re fighting for in new contract palm cards.

“Our message to UPS Teamsters is that we need to stick together and fight for our contract,” Zuckerman said. “I absolutely believe we can win a good contract, if we inform the members, mobilize the members and take on this fight.” 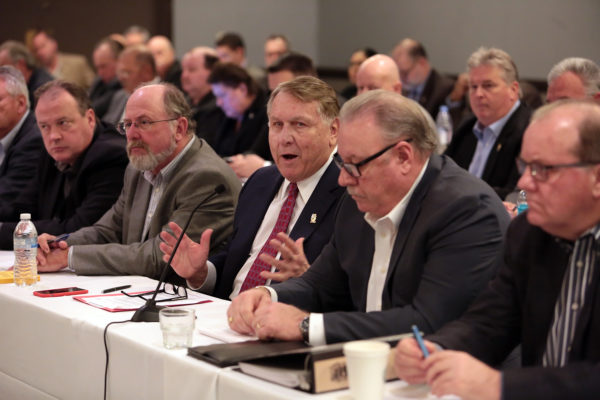 “The IBT has some excellent proposals on the table,” Zuckerman said. But he also reported on issues where Hoffa’s lead negotiator Denis Taylor was already settling short, including harassment and unfair discipline.

Taylor has dropped a demand to a change in the national contract to limit the definition of “dishonesty” for purposes of discipline.

Taylor has also reached a tentative agreement with UPS on harassment that Zuckerman called “weak” and “unacceptable.”

Taylor’s deal with UPS creates a new committee that will hear harassment cases, but only after they have deadlocked at the local level and an area panel. It will take months, if not years, for a harassed member to get a hearing. Even then, the grievance can be settled for nothing more than an instruction that UPS comply with Article 37.

Zuckerman called Taylor's deal “weak” and “unacceptable” and urged him to “go back to the drawing board before the Hoffa administration presents a contract to the members.”

"We have strong proposals. But they are being watered-down by weak lead negotiators, and members are being kept in the dark. That has to change," said Zuckerman.

Contract negotiations will resume on March 19. UPSers from across the country volunteered to distribute Contract Palm Cards and collect petitions.

Nearly 1,000 volunteers dialed in to the call. It will take all of us and more to spread the word and build the contract unity we need.

“The company is watching. UPS needs to get the message that the members are fighting for a contract that addresses our issues—and that we are not going to settle short,” Zuckerman said.