What's Next for UPSers Who Voted No?

UPS Teamsters got sold out when the Hoffa administration stood with the company against the members and imposed the contract. 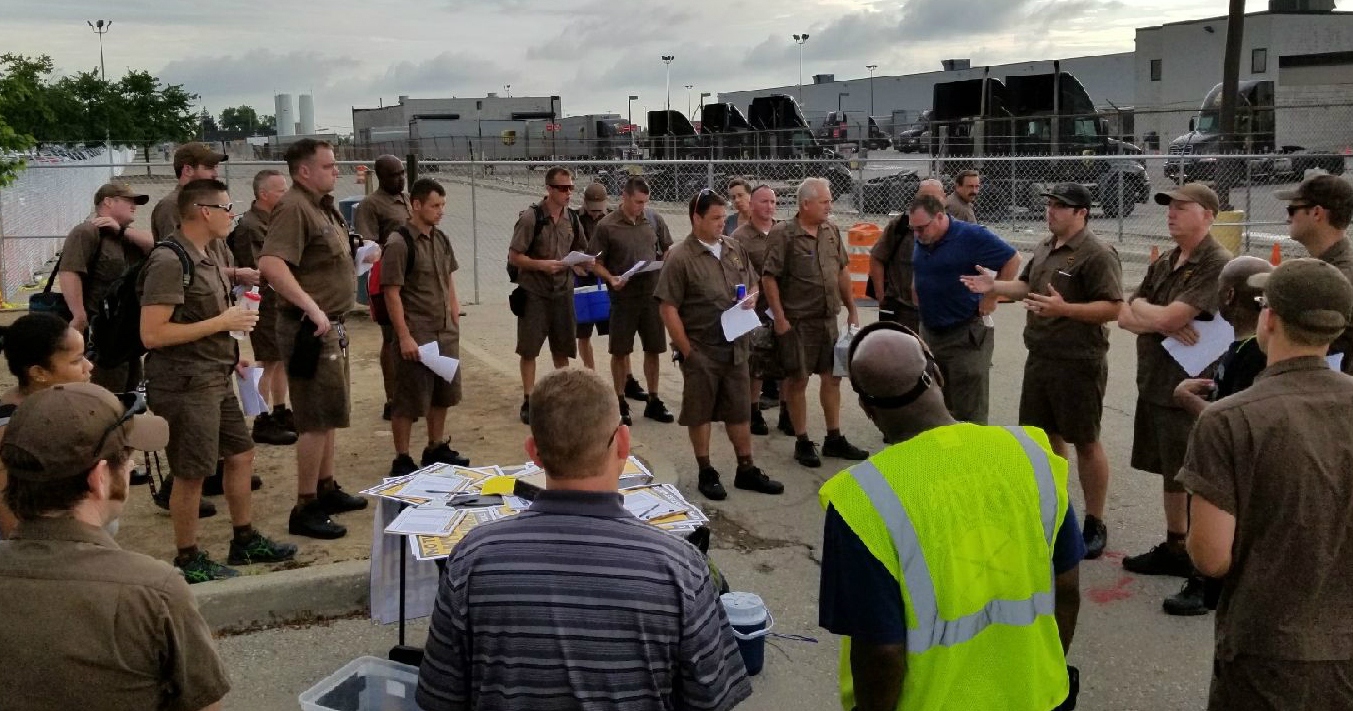 But the Vote No movement proved that a majority of us want change. We won’t stop organizing until we have a union that fights for us. Here are three next steps for UPSers in 2019.

Work Together to Enforce the Contract

The language in the new national contract doesn’t go into effect until all the supplements are ratified.

After introducing strong opening proposals, Hoffa’s negotiator Denis Taylor settled far short of what could have been won.

Still, there is new language that can make a difference for rank-and-file UPSers. It will be up to us to push for its enforcement.

Hoffa and Denis Taylor betrayed UPSers by ratifying a contract that the majority of us had voted to reject. They did this by exploiting the now infamous “Two-Thirds Rule” loophole in the Teamster Constitution.

UPSers have to make sure this never happens again—and we can do it.

Members are already holding meetings and making plans to elect delegates from our locals that will vote to kill the Two-Thirds Rule and nominate International Union candidates to defeat Hoffa-Hall in the next Teamster election.

Elect Teamster Leaders Who Stand Up to UPS

Hoffa-Hall have to go. And while some local union officers stood with the members in opposition to contract givebacks, many sided with the company.

Last fall, UPSers elected reform leaders in Dallas, Lexington, and New York. Next year, there are local elections in many other majority-UPS locals, including Philadelphia, Memphis, and Charlotte, to name just a few.

The election for International Union officers will start next year. We need to be ready to defeat Hoffa-Hall.

UPSers can’t vote out the Hoffa-Hall administration by ourselves.

But we are the biggest single voting bloc and because we’re located in every city and town, we are strategically placed to be the backbone of a winning campaign if we organize with Teamsters in other industries.