Who Needs the Raise -- Hoffa or Us?

Hoffa has hiked his pay to more than $150 an hour. UPSers are fighting for $15 starting pay and catch-up raises for every part-timer—and we won’t let him settle short. 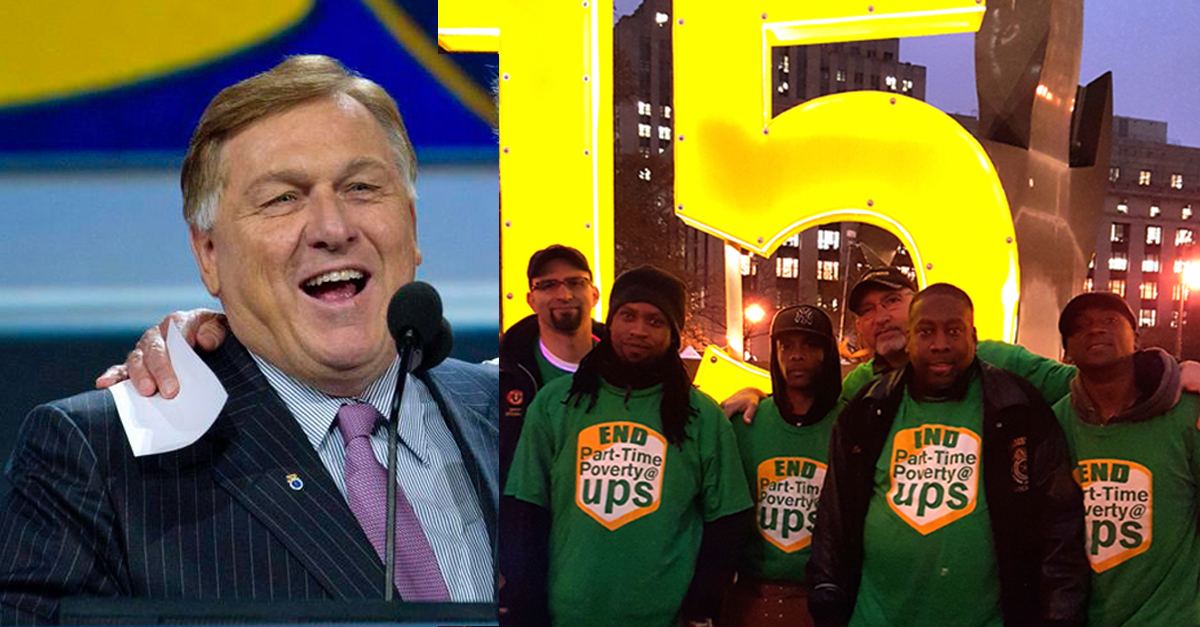 In the meantime, starting pay for half the workforce under the biggest Teamster contract is still stuck at $10 an hour. Part-timers have to work for years to get to $15 an hour.

UPS Teamsters are getting together to do something about it.

We’re fighting for $15 starting pay for part-timers in the new contract, beginning on August 1. If fast food workers can win $15 an hour, the Teamsters can too!

UPS and the Hoffa administration need to see full-timers and part-timers sticking together. We have the right to vote on the contract. That gives us the power to reject a contract offer that sells us out.

If Hoffa can give himself $150 an hour, then the Package Division can negotiate $15 starting wages and major pay increases for every UPS part-timer.

Get involved with UPS Teamsters United.