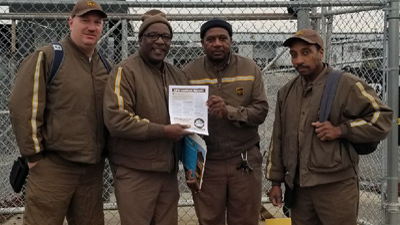 UPS Teamsters United campaign was started by Teamsters for a Democratic Union (TDU) to bring UPSers together to win a good contract in 2018.

We oppose contract givebacks and we mobilized members to Vote No against the last contract. The majority of members Voted No, but the Hoffa administration imposed the contract.

We are working together to enforce the contract, end the two-thirds rule, and build a stronger union.