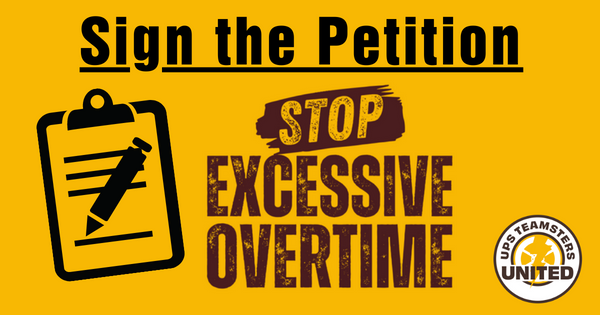 I stand with my fellow Teamsters at UPS to win contract changes that stop unwanted, forced overtime, including: