United Parcel Service’s second quarter profits rose 8.5% over last year to $3.5 billion in operating profit. Management’s press release to Wall Street also reports that revenue rose to $24.8 billion for the quarter and projects that revenue for 2022 will top $100 billion. 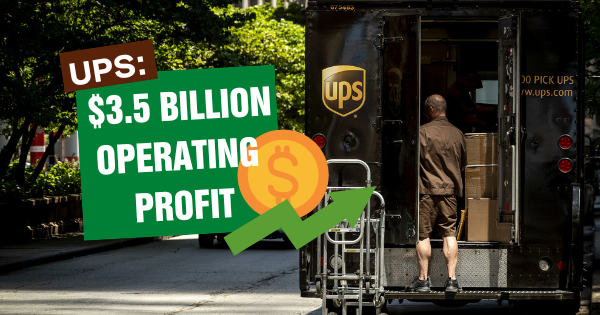 UPS projects that they will spend $3 billion this year to buy back shares of UPS stock.

The record profits, which beat Wall Street’s expectations, came despite handling 4% lower volume than a year ago, when residential shipping in the pandemic peaked.

UPS CEO Carol Tome stated “I want to thank UPSers around the world for delivering outstanding service to our customers.” Management can thank hard-working Teamsters by respecting our contract and the health of UPSers, especially those working in extreme heat.

Next week the International Union is beginning a contract action campaign to hear from members, unify Teamsters and put the company on notice that the concession stand is closed and it’s time for UPS employers to win the respect they deserve in the 2023 national contract.

You can learn more about the IBT’s call to action here, and can contact your local for how to join in the initial actions.