UPS wants the public to think that Teamsters are overpaid and greedy. But UPS Teamsters got a chance to speak out on why we’re fed up and ready to strike if we have to in a big story in the New Yorker called, “UPS and the Package Wars.” The magazine spoke to shop steward Antoine Andrews and other TDU members and follows contract campaign activities in Local 804, to get a glimpse at the momentum Teamsters are building at UPS. Read it online or the pdf version. 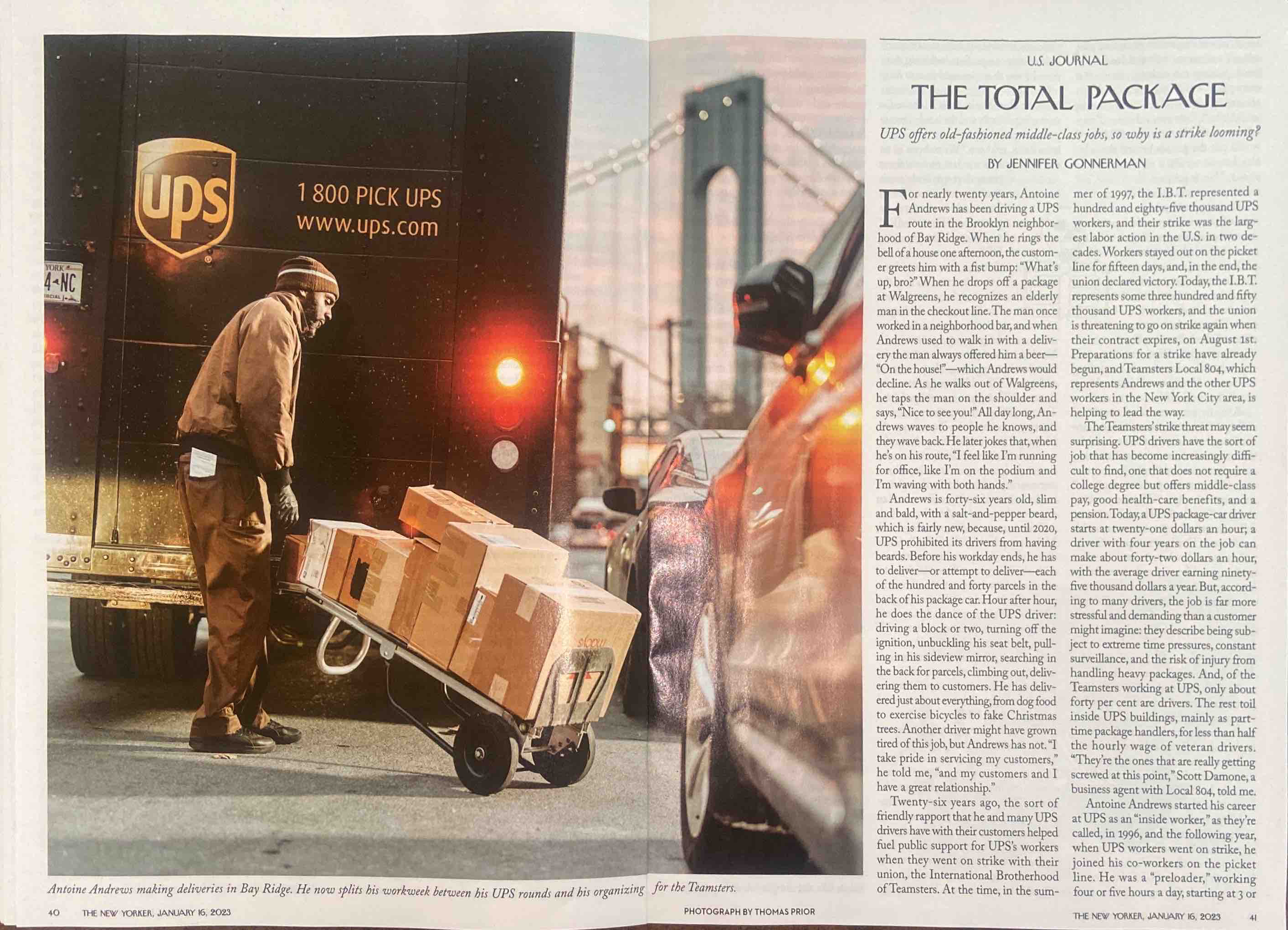 The New Yorker exposed the issues that UPS wants to sweep under the rug.

UPS Teamsters are building unity in action to solve these problems in the 2023 contract. As one member is quoted saying:

“How are we going to help [union leadership] get us the best contract for 2023? That’s the question we should all go home, talk to our families, meditate on, and Monday morning, come in and fight. Because we need better language for everyone, from driver to preloader. We got to help each other out, brothers and sisters. We will not survive if we don’t.”

Read it online or the pdf version.