The Teamsters Union is organizing a nationwide action starting on January 3 against unwanted excessive overtime at UPS. It’s not enough for UPS Teamsters to have jobs that support our families. We need jobs that allow us to see our families! 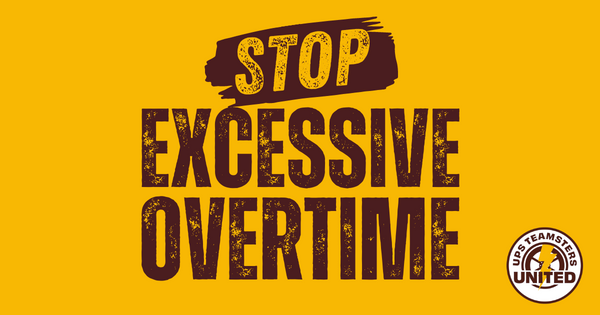 The International Union is asking RPCDs to sign the 9.5 list and for Teamsters to hold parking lot and leafleting actions the first week of January to show management we’re united against excessive overtime.

Rally signs, leaflets and other materials have been sent to every local union. Contact your union to volunteer and click here to sign a petition to end excessive overtime from UPS Teamsters United.

UPS Teamsters are fed up with forced sixth punches and management violations from 9.5 rights to 8-hour requests. 22.4 drivers don’t even have 9.5 rights.

The 2023 contract is our chance to win the rights we need, including:

The International Union contract campaign action starting January 3 is our chance to start the year right and show the company that we’re ready to fight for the excessive overtime protections we deserve.