Teamsters at UPS are commemorating Martin Luther King Day with a National Day of Action to demand that UPS respect the day as a paid holiday and tell Corporate America to deliver on the dream. 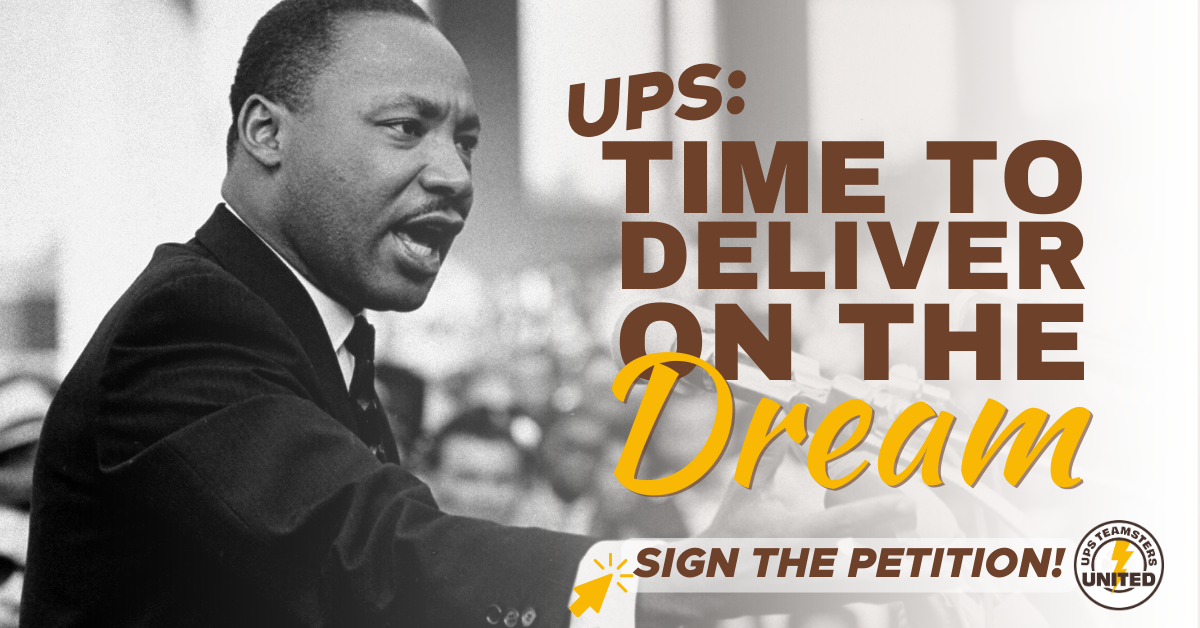 The Teamsters Union is uniting members at UPS around that vision this MLK Day with a national day of action.

Contact your local union and about participating. Click here to use the International Union’s Make UPS Deliver on the Dream Toolkit, including leaflets, rally signs, and social media graphics.

We’re fighting to make MLK Day a paid holiday, and to win a contract in 2023 that delivers

Sign the Petition to Make UPS Deliver on the Dream